Will the Real Social Justice Party Please Stand Up? 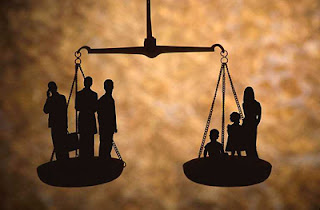 Go figure. The Democrats are considered to be the party most concerned with social justice. Just ask any bureaucrat, union member or 20-something who watches David Letterman and they'll tell you so.

But the evidence shows that the G.O.P. has always led the way in moral activism -- as opposed to the immoral activism that marks the Democrats. For it was the Democrat Party that defended slavery, Jim Crow, the Ku Klux Klan, and segregation. And it's the Democrat Party of today that aggressively promotes abortion, euthanasia, the generational slavery to the welfare state, homosexual marriage, crudity in the public square, the marginalization of religious rights, experimentation on human embryos, coercive distribution of wealth, and so on.

So think again about which political party really represents the cause of social justice. And, this time around, get the facts straight.

Here's a start -- Robert P. George's remarks a month ago when accepting the Alliance Defense Fund’s Edwin Meese Award at the Capitol Hill Club in Washington, D.C. It's a brief but excellent piece.
Posted by DH at 11:57 AM