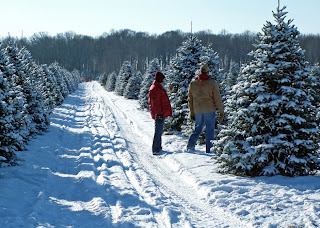 Back on November 9th, I commented here about the Obama administration tax -- which they refused to call a tax -- on Christmas trees. In that post ("Grinchiness Alert: Obama's New Christmas Tree Tax") I explained --

One just can't believe that anyone -- even the numbskulls in this out-of-touch, greedy, Nanny State administration -- could come up with this kind of stupidity. But they do. Over and over.

Well, those numbskulls got thumped pretty hard about this particular bonehead play as even the mainstream media reported the story and made fun of the program.

Result? The administration is dropping the issue. For awhile.

Here's excerpts from the Federal Register:

On November 8, 2011, a final rule was published in the Federal Register (76 FR 69094) establishing an industry-funded promotion, research, and information program for fresh cut Christmas trees, effective November 9, 2011. Due to recent events, the regulations are stayed in order to provide all interested persons, including the Christmas tree industry and the general public, an opportunity to become more familiar with the program...

Of course, the sheer lunacy of this program makes Team Obama looked goofy as well as Grinchy. (Do Christmas trees really need an image enhancement?) Yet, even with this change in plans, the administration's arrogance remains on brazen display. After all, there's no apology here. There's not even a clear elimination of the tax. It's just on hold for a bit (like after the election). And there also remains that uncompromising Nanny State attitude that insists the public will like the new tax after we have "an opportunity to become more familiar with the program."