So What Cell Phone Company Did We Go With? 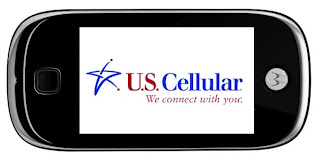 There was a lot of interest in Claire’s post earlier this month about her discussion with Verizon officials about their support of Planned Parenthood.  Remember? We were trying to establish the most aboveboard company for our cell phones and Claire was involved in checking out their corporate donation policy. Well, she has been wanting to get back to you but she wasn’t having an easy time getting much information about cell companies.  Verizon did call her back a few days ago and insisted that they don’t give to Planned Parenthood.  However, they do allow their employee’s to give to whatever charitable causes they select and then Verizon will donate a matching grant.

That’s going to be a pretty common situation because companies are not only concerned about keeping their employees happy, they’re concerned about the lawsuits that could crop up if they start discriminating between charitable groups. When Claire asked the Verizon gal if fear of litigation was a driving force in their policy, the woman unabashedly said yes.  So, let’s face it, even though we know that Planned Parenthood doesn’t deserve charitable status at all (it makes millions of dollars in profits), our government has made the bonehead decision that it does.

So, as far as we were able to determine, our best course looked to be U.S. Cellular. And though our priority was doing the right thing morally, it turns out that U.S. Cellular's record of service is excellent and they offered us a very good deal too. We thought you might like to know.
Posted by DH at 10:37 AM