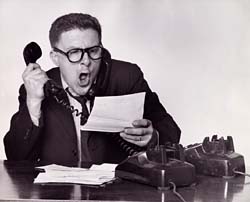 Fresh from the "And You Still Keep Your Kids in Public School?" Department:

Barack Obama's zealous support for Planned Parenthood makes it no surprise that his Department of Education is pushing hard for values-free sex education, including a complete denial of funds for any program that emphasizes abstinence training.

An example of just how that policy is being enacted can be seen in New York City where a mandatory, coeducational sex ed program has been forced onto students -- a program that includes the most reprehensible (and counter-productive to the espoused purpose) elements.

Sex ed, which becomes mandatory in city middle and high schools next year, is meant to stem unplanned pregnancies and sexually transmitted diseases among teens. But parents may be shocked by parts of the Department of Education’s “recommended” curriculum.

Workbooks reviewed by The Post include the following assignments:

* High-school students go to stores and jot down condom brands, prices and features such as lubrication.

* Teens research a route from school to a clinic that provides birth control and STD tests, and write down its confidentiality policy.

“Kids are being told to either abstain or use condoms -- that both are responsible, healthy choices,” said child and adolescent psychiatrist Miriam Grossman, author of “You’re Teaching My Child What?”

The DOE “relies on latex,” she said.

But Grossman argues that the books minimize the dangers that pregnancy can still occur with condom use, and that viruses such as herpes and HPV live on body parts not covered by a condom.