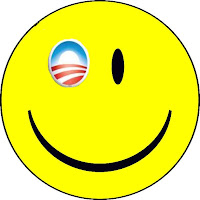 You can't make this kind of stuff up.

With the approval of the Obama administration, an electric car company that received a $529 million federal government loan guarantee is assembling its first line of cars in Finland, saying it could not find a facility in the United States capable of doing the work.

Vice President Joseph Biden heralded the Energy Department's $529 million loan to the start-up electric car company called Fisker as a bright new path to thousands of American manufacturing jobs. But two years after the loan was announced, the job of assembling the flashy electric Fisker Karma sports car has been outsourced to Finland.

"There was no contract manufacturer in the U.S. that could actually produce our vehicle," the car company's founder and namesake told ABC News. "They don't exist here."

Henrik Fisker said the U.S. money so far has been spent on engineering and design work that stayed in the U.S., not on the 500 manufacturing jobs that went to a rural Finnish firm, Valmet Automotive.

...When asked directly by ABC News if taxpayers should worry about the more than $500 million in federal funds on the line, he was emphatic: "No, I don't think they need to worry about it," Fisker said.
Posted by DH at 9:36 AM