Do the Companies You Patronize Support Bad Stuff? Ask Them. 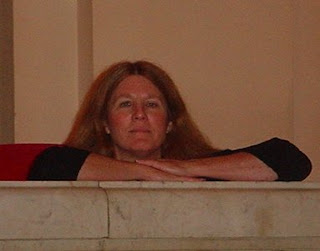 Claire's pro-life principles were not on only display during the prayer service at Planned Parenthood Saturday morning or the Life Chain on Sunday afternoon. No, she's a woman who takes seriously her Christian convictions all the time. Here, for example, is a an experience from Saturday afternoon in which you can see how her pro-life principles determine her consumer choices.

Our two year wireless phone contract is due to expire at the end of October.  So I started doing some comparisons among the different wireless companies. But along with costs, access and perks, we are also concerned about moral issues. And one of the key questions I had for Verizon, the company that made the top of our list when it came to the other things was, “Does Verizon give to Planned Parenthood?”

When I put “Does Verizon give to Planned Parenthood?” into the search engine, I came up with several sites that claimed the company does contribute to Planned Parenthood.  We took that very seriously. However, we know how these things can change over time. Plus, if Verizon did still make contributions to Planned Parenthood, the nation's leading abortionist, I wanted them to know why I would be extremely reticent to subscribe to their services.

So I called customer service at Verizon to talk about these things. I explained to the customer service girl that I don’t want my money to go to a company that supports Planned Parenthood, the world’s largest abortion provider.  The young lady was silent for a second and said, “At Verizon, we want to adopt a high ethical standard and we avoid political controversies. I would like to talk to my supervisor about this.” I said, great.  She put me on hold for a few minutes, then came back and asked if she could put me on hold again. Fine -- I was pleased that she was being conscientious and that my concerns were being passed on a bit higher up.

When the young lady (I think she was young!) did come back on the line, she thanked me for my patience and said that she and her supervisor would like to have some time to research my claim.  She asked where I got my information and I told her a couple of the specific websites I had gone to. I also explained that those sites were just passing along information that came from Planned Parenthood’s own sites. I encouraged her to inform her supervisor to check those Planned Parenthood sites as well.  I also suggested they get in contact with the Verizon executives deal with corporate donations because they would be the best source to confirm or deny my suspicions.  The customer service rep said that she and her supervisor will check all this out and asked if she could call me back this Wednesday or Thursday afternoon.  I agreed most willingly and thanked her for caring about the issue I had raised.

And, of course, I'll let you know the results of that discussion. Atta' girl, Claire.
Posted by DH at 12:06 PM