Another Cover Up of Planned Parenthood Crimes 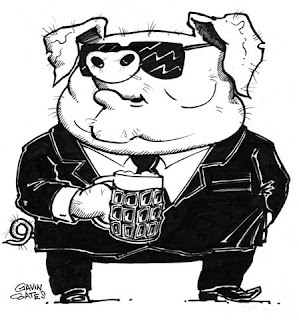 Here's part of the report from the Kansas City Star:

The country’s first criminal prosecution of Planned Parenthood was left teetering Friday when it was revealed the state of Kansas destroyed abortion records that prosecutors planned to use as evidence.

Johnson County prosecutors asked a judge to delay a Monday hearing to decide if there’s enough evidence to try Planned Parenthood on 23 felony counts of falsifying termination of pregnancy reports...

“We don’t believe for one second this was anything but purposefully done to protect the abortion industry.”

The shredding occurred when KDHE was under former Democratic Gov. Kathleen Sebelius, an abortion rights supporter...

The destroyed records were critical in establishing the authenticity of records from 2003 that Kline obtained when he investigated Planned Parenthood as attorney general. Planned Parenthood also provided copies of the records, but Kline contended that those did not match the ones he had in his possession...

In 2007, after he became Johnson County prosecutor, Kline filed a 107-count complaint against the abortion provider.

In addition to the 23 felonies, the complaint also charged Planned Parenthood with multiple misdemeanor counts of failing to maintain the pregnancy termination reports, failing to perform viability tests on fetuses and unlawful late-term abortions.

Prosecutors contended that Planned Parenthood had not kept the documents five years as required by law and falsified copies to cover it up...

The case is significant for Planned Parenthood, which has been fighting efforts by Congress and state legislatures to strip the agency of millions in family-planning money because it provides abortion.

A conviction “would have a profound adverse effect on the organization nationwide,” Brownlie said in an interview earlier this week.

“It would certainly fuel the effort on the part of Republicans in the House and the Senate to deny funding for Planned Parenthood.”...

Kline, now a law professor at Liberty University in Virginia, accused the abortion providers of violating state law and covering for pedophiles by not reporting pregnancies of underage girls. He sought medical records of former patients to prove his case,

Some of Kline’s supporters have said the Kansas Supreme Court and the disciplinary board it appoints went after Kline because of his opposition to abortion. They note that several justices on the court were appointed by Sebelius.

“Do we still have a rule of law? Does the law mean anything or not? Or does it only mean something if the issue’s not abortion?” asked Culp.

“What we’ve seen over the years is when the issue is abortion all the rules changes, especially if abortionists are supporting people in places of power.”
Posted by DH at 7:05 AM