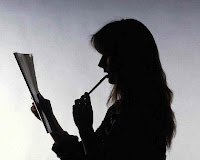 Here's an update on the case of the duplicitous Democrat Steve Driehaus using the Ohio's grievously unconstitutional False Statement Law to strike back at pro-lifers who called Driehaus on his support for abortion provision in ObamaCare. It seems even the ACLU thinks Driehaus and the False Statement Law are goofed up.

“No politician, bureaucracy, or court should have the power to silence the right of citizens to criticize elected officials. Ohio’s False Statement Law allows candidates like Steve Driehaus to silence any speech critical of them by simply filing a complaint with the Ohio Elections Commission. Then, when the election is over, the candidates can dismiss their complaint so the law cannot be reviewed by the federal courts.  An unelected commission should not have the ability to decide what is true and false speech, nor tell us what speech we can and cannot hear.”

And here’s the ACLU of Ohio: “The people have an absolute right to criticize their public officials, the government should not be the arbiter of true or false speech and the best answer for bad speech is more speech.”

So far, though, not even the tag team of SBA List and the ACLU have been able to put an end to Driehaus’ case. On August 1 of this year, a federal judge ruled the case should go to trial — and dismissed SBA List’s challenge to the Ohio False Statement Law.

With the House passage of the Protect Life Act, Driehaus’ argument grows ever thinner. Does he want to say his former colleagues in the House have defamed him, as well? For, with their votes, they’re saying essentially what SBA List has said the entire time: Without explicit legislative language banning Obamacare funds from going toward abortions, PPACA does, in fact, provide for taxpayer-funded abortions.

Driehaus should drop the case — but, as he won’t, we’ll have to hope SBA List wins its appeal in the Sixth Circuit Court of Ohio. The case has implications for free speech everywhere.
Posted by DH at 12:35 PM