Woman Who Strangled Her Newborn Baby Gets Off; Judge Refers to Acceptance of Abortion 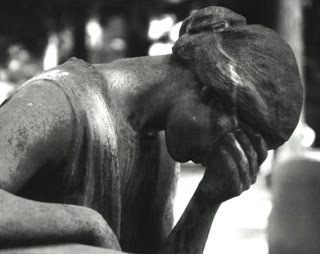 For those who still believe there is no connection between abortion and infanticide, I urge you to be rational and consider the scientific facts of embryology. I urge you also to employ common sense in tracking the cheapening of human life since abortion was legalized, paying particular attention to the dramatic escalation in the last four decades of suicide, street violence, euthanasia and abortion itself.

And then I'd urge you to read this gruesome story of a young Canadian woman who strangled her newborn child and tossed his body over the fence into a neighbor's yard. The woman was initially given a life sentence in prison for the despicable crime. But that trial (like a previous one in which she was also convicted) was overturned on appeal. And now, in the third trial, a judge is letting her go without ever serving a day in jail.

Pay close attention to the fact that the judge's rationale for giving the woman a pass for killing her newborn son included the legality of and social acceptance of abortion.

But part of the ruling that also has pro-life advocates troubled is Judge Veit’s decision that Canada’s acceptance of legalized abortion entitled Effert to kill her child. Judge Veit ruled, according to multiple media reports, that because Canada allows abortions it reflects how “while many Canadians undoubtedly view abortion as a less than ideal solution to unprotected sex and unwanted pregnancy, they generally understand, accept and sympathize with the onerous demands pregnancy and childbirth exact from mothers, especially mothers without support.”

“Naturally, Canadians are grieved by an infant’s death, especially at the hands of the infant’s mother, but Canadians also grieve for the mother...I am of the view that those actions, along with the action of throwing her baby’s body over her back fence, are painful evidence of Ms. Effert’s irrational behavior as a result of her disturbed mind...In summary, this is a classic infanticide case – the killing of a newborn or a justborn after a hidden pregnancy by a mother who was alone and unsupported.”
Posted by DH at 11:00 AM