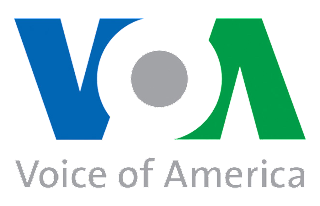 Reggie Littlejohn, the President of Women's Rights Without Frontiers, passed along to her Facebook friends a piece of good news last night; namely, that the Senate Committee on Appropriations has rejected the Broadcasting Board of Governors’ proposal to end Voice of America (VOA) radio and TV broadcasts to China.

That's an important victory for the cause of liberty in China as well as the reputation of the United States as a defender and promoter of freedom and the right to know for people overwhelmed by totalitarian governments.  The BBG had earlier canceled broadcasts to Russia (Putin's recent moves there prove what a shameful and counter-productive move that was now.) and figured by pushing Congress again, it could end broadcasts to China altogether and reduce shortwave and medium wave transmissions to Russia, Iran, North Korea, Vietnam, and Iraq.

Obviously Barack Obama's bureaucrats do not share Ronald Reagan's ideal of America as a shining city on the hill. No, they seem to reject American exceptionalism completely. How terribly sad for the United States. And for repressed (but freedom-loving) people all over the globe.

But Congress bit back this time. They protected the VOA broadcasts to China and even delivered an unprecedented bipartisan rebuke to the BBG for it's arrogance and lack of transparency.

This won't be the last battle with the BBG. And it shows how deeply the current administration feels about hiding freedom's light under a bushel.

Again, here's more of the story including a partial list of the human rights organizations who pushed Congress into taking the firm stand they did.
Posted by DH at 1:16 PM