No, It's Not Saturday Night Live -- It's the News 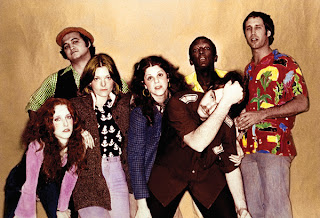 * Uncle Obama
Barack Obama's drunk-driving, illegal immigrant uncle giggles through his court appearance before going back to work at...a liquor store. Although there is a longstanding deportation order for Onyango Obama, he remains as free as a bird.


* The Fast & Furious Scandal
The Obama administration knowingly sold guns to Mexican drug dealers who used them to murder hundreds (including two American agents). And when the jig was up, Justice Department head Eric Holder has been guilty of stonewalling, hiding evidence, lying to Congressional investigators. Yet the media refuses to cover the story. Here's the latest from the New York Post.

To fight back against conservatives who wanted to stop taxpayers from funding Planned Parenthood, the mega-abortion corporation's leaders made a bold claim about its centers providing life-saving medical treatment like mammograms. But they don't. And Live Action and others not only verified the lie, they posted into cyberspace the tapes of Planned Parenthood officers throughout the country admitting that they did not provide mammograms. But California Democrat Barbara Boxer, Planned Parenthood's chief water carrier in the U.S. Senate, refuses to acknowledge the now clearly established truth. And so she's still lying up a storm about Planned Parenthood's mammograms. And what's even more disgusting, Boxer is lying to help out an organization that kills preborn boys and girls.

* A New Green Scandal for Democrats

"It’s as if Solyndra never happened. The Obama Administration is giving $737 million to a Tonopah Solar, a subsidiary of California-based SolarReserve. PCG is an investment partner with SolarReserve. Nancy Pelosi’s brother-in-law happens to be the number two man at PCG."

The chief spokesman for pharmaceutical manufacturers says President Obama has stuck two thorns in the industry’s side at a time marked by uncertainty as lawmakers contemplate cutting health care programs and battles over the new health care law wind their way through the courts...

“It’s absolutely wrongheaded,” Mr. Castellani said. “It drives the opposite effect that the president stated he wants to reach.”

In an interview with editors and reporters of The Washington Times, Mr. Castellani criticized the administration for policies he thinks will hinder medical advancement, outlined recent negotiations with the Food and Drug Administration and touched on his hopes for the congressional supercommittee charged with reaching a deficit-reduction agreement this fall...

If you're still thinking that Jon Bruning is the best Republican chance to beat Ben Nelson, you might want to think a bit more carefully. For Bruning's star has faded quite a bit with revelations of his extreme liberal past, his needlessly offensive comparison of welfare recipients to "scavenging raccoons," the purchase of property with business executives whose case he intervened in as attorney general, and other questionable actions and gaffes. It's gone so far that the Washington Post believes that even though Ben Nelson's Senate seat was figured a definite loss last year at this time, the prospect of facing Bruning is making Nelson rest a little easier nowadays.

I warned last February that Bruning wouldn't be the strongest candidate and suggested instead Don Stenberg. Stories like this one make me more convinced than ever.