The Horror of Sudan: Why Doesn't the Media Tell This Story? 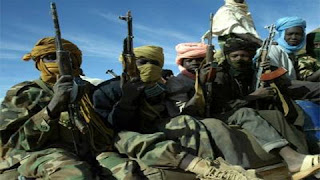 Remember the comprehensive (if biased) press coverage on Egypt and Libya? Why then is the media so glaringly absent in telling the story of the Islamist thugs who rule Sudan and the horrible violence they are pouring out upon their own citizens in the Nuba Mountains, Darfur and other regions? Murders. Forced famine. Bombing from the air.

Why the orchestrated silence from the press?

Virgina Congressman Frank Wolf, long a champion of human rights (including the sanctiry of life itself), is asking that question in an effective way; namely, by convening public hearings in Washington.

But he needs our involvement too.

...The high level of frustration among members of Congress was evident even as Congressman Wolf, the co-chair of the commission and a long-time advocate for the beleaguered Sudanese people, described the hearing as one of the best ones he has ever been to on Sudan (and he has been to many). Wolf admitted that he was still pessimistic about conditions in Sudan “until Bashir is taken to The Hague and tried.” He declared, as he had done at a previous hearing in August, that “until there is regime change, and Bashir is no longer in power, we will not see change in Sudan.”

U.S. Rep. Michael Capuano (D-MA), co-founder and co-chair of the Sudan Caucus, also contrasted the situation in Sudan with the “Arab Spring.” “We are perfectly happy to shoot missiles at Gadhafi for threatening to hurt his people, but we are doing nothing about a government that has been killing its people for years!” he exclaimed. “None of us really understands why we are not doing more,” Capuano added.

As the hearing came to a close, Congressman Wolf searched the packed hearing room, demanding of the crowd, “How many of you are from the media?” He counted as five hands went up around the room in the Cannon House Office Building. “Of you five, are any of you from Fox News, CNN, ABC, CBS, or NBC?” he questioned further. Silence.

Wolf lamented that no one in the media had asked any of the Republican presidential hopefuls about Sudan in any of the debates, and since only answers to questions and no opening statements were permitted, it was hard to gauge whether or not there was any interest on the part of the GOP candidates. The congressman said he intended to send the testimonies from the hearing to the five major networks and urge them to air the views of the candidates on this important issue. Perhaps he should send copies to each of the candidates’ campaigns, as well, and seek a direct response.

Increased media coverage from all quarters would help build pressure for change in Sudan as it did for the “Arab Spring.” But the mainstream media that reported breathlessly each protest in Tahrir Square and each NATO air strike to aid Libyan “rebels” has been mostly silent about Sudan’s fight for freedom. It’s up to the rest of us to keep up the pressure.

Let's get on the ball here. E-mails and calls are very much in order to our own Congressmen and Senators, the G.O.P. candidates and the President, and members of the media? The message is a simple one -- Why the immoral silence on the Sudanese suffering?
Posted by DH at 9:59 AM