"Fast & Furious" -- Will Obama's Outrageous Gun-Running Scheme Bring Him Down? 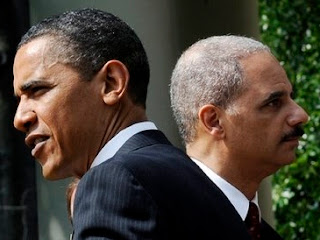 This "Fast & Furious" thing is flat out unbelievable.

I mean, really, look at what it involves: 1) the U.S. government instructing American gun dealers to engage in criminal activity, 2) that illegal activity being the sales of thousands of assault weapons to known drug dealers involved in the Mexican cartels, 3) keeping this outrageous program secret from the Mexican government, 4) an ongoing pattern of clumsy stonewalling, lies and cover ups by the Obama administration, and 5) an American media that doesn't see in this whole dangerous, despicable mess a news story!

But despite the criminal actions of Team Obama and, for that matter, the criminal negligence of the press, "Fast & Furious" is breaking into the light. And to get an effective review (detailed, insightful and carefully timelined) of the matter, I think you'll find Frank Miniter's article in Forbes magazine superb.

It's entitled "'Fast And Furious' Just Might Be President Obama's Watergate." And you'll find it right here.
Posted by DH at 10:43 AM