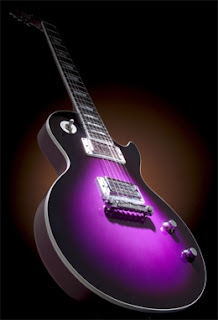 Jim Hoft reports on an alarming item that shows us what a bizarro Nanny State we're living in nowadays. The story is about a federal raid on Gibson Guitar factories in Nashville and Memphis because the Department of Justice believed the company was breaking a law about using improperly finished wood from India in the making of their guitars. But even if true (and the company denies it is), no laws would actually be broken.

As unbelievable as it seems, the Obama administration is now in the business of enforcing Indian law! The same administration that thumbs its nose at American laws and the Constitution itself is cracking down on Gibson's American operation because, in the mind of Eric Holder, it's not conforming to the laws of a foreign country!

The raids forced Gibson to close up shop and send workers home for the day as armed agents executed the search warrants. No charges were filed.

And get this -- this bullying action was taken without the support or consent of the government in India. The Obama administration all on its own just wanted to make a bit of trouble for an American company.

Guys, this is getting downright weird.
Posted by DH at 8:48 AM