Are Young Christians Enamored With Drinking? 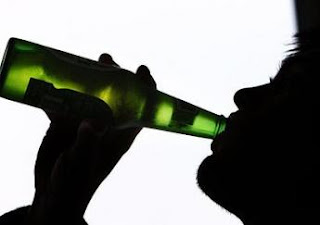 Dr. John MacArthur, an esteemed and popular Bible teacher, one who is particularly beloved among Christians adhering to the Reformed traditions, has recently penned a warning to his friends about the dangers of making booze fashionable.

I too had noticed young Christians flirting with liquor. Of particular concern was how they were trying to create an air of sophistication and hipness about it. Having personally experienced, in the days before I became a Christian, the dangers, degradations and disastrous decisions influenced by strong drink, I found this trend more than a little troubling. After reading MacArthur's comments, however, I'm thinking I wasn't troubled enough.

MacArthur suggests that a "beer-loving passion" has become a "prominent badge of identity" for many young Reformed Christians. In fact, these guys tend to make it a badge of freedom, a declaration against the legalistic views of their elders. They even boast about drinking being an important spiritual entry into the youth culture.

And that's not all.  Drinking beer is just one of several activities that the young Reformed community has adopted and "redeemed," writes MacArthur. "Tobacco, tattoos, gambling, mixed martial arts, profane language, and lots of explicit talk about sex," are some of the other activities.

Does the church want to be known for these?

"We surely ought to be able to say that controlled substances and other symbols of secular society's seamy side are not what the church of Jesus Christ ought to wish to be known for," he detailed. "In fact, until fairly recently, no credible believer in the entire church age would ever have suggested that so many features evoking the ambiance of a pool hall or a casino could also be suitable insignia for the people of God."

Putting it bluntly, MacArthur, who has ministered to hundreds of former alcohol addicts, called pub outreaches and the like "bad missional strategy" and "a bad testimony" as it cultivates an appetite for beer or a reputation for loving liquor.

"This tendency to emblazon oneself with symbols of carnal indulgence as if they were valid badges of spiritual identity is one of the more troubling aspects of the YRR movement's trademark restlessness," he said plainly. "It is wrong-headed, carnal, and immature to imagine that bad-boy behavior makes good missional strategy. The image of beer-drinking Bohemianism does nothing to advance the cause of Christ's kingdom."...

He added, "There is no suggestion in Scripture that Jesus purposely assumed the look and lifestyle of a publican in order to gain acceptance in a godless subculture. He didn't."

In Monday's follow-up post, Allen acknowledged that some may view MacArthur's article as an attempt to "convert everyone into grumpy, fundamentalist teetotalers."

But he offered this to the young, restless and Reformed: "It’s not about stealing joy; it’s about promoting pastoral wisdom and compassion for people. Church leaders must consider the consequences of what they approve and promote."
Posted by DH at 10:19 AM