What? No Birthday Party for the Dodd-Frank Act? 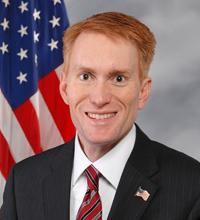 James Lankford, U.S. Republican Congressman from Oklahoma (and one of the G.O.P.'s most principled and fastest rising stars) explains why he's in no mood to celebrate. And in so doing, he gives a very good analysis of what's so wrong with this Nanny State legislation as well as how Washington politicians are out-of-touch with the real needs of their constiuents.

One year ago today, President Obama signed into law another 3,000-page bill that was devised behind closed doors. The Dodd-Frank Act quietly came into existence as most people were distracted by the ObamaCare debate. Now, 12 months later, we are learning the harsh truth of exactly what happened last year.

The impetus for the Dodd-Frank financial reform was to ensure the failure of the housing market and the ensuing worldwide financial crisis of 2008 would never happen again, but the legislation ignored the systemic problems of Fannie Mae and Freddie Mac — the two broken entities that leave you and me on the hook for the tab.

Instead, the main focus of the law adds hundreds of new rules to the private sector, including community banks in Oklahoma. Between July 21 and Dec. 31 of this year, community banks will have the unenviable task of implementing an additional 100 new rules and regulations...

The authors of Dodd-Frank repeatedly made the case that their plan was aimed at the Wall Street titans, but the community banks, real estate agents, mortgage lenders, energy companies and farmers in Central Oklahoma are being roped into these same burdensome requirements...It is estimated that it will take 10.8 million man hours to implement the first 102 rules devised by the law. The difficult reality of this discussion is the fact that only 6 percent of the Dodd-Frank regulations have been implemented; we have hundreds of additional rules to come. Customers will also get hit with more paperwork and fine print as a requirement of Dodd-Frank, even as the law sets up a bureau that was specifically designed to eliminate excessive paperwork.

All these new rules are hindering the key function of banking: lending. Every business needs access to capital so they can take risks, develop new plans and expand their work force. The $27 billion required in fees and assessments over the next 10 years will drain money from the economy that should go to job creators...

The backbone of our economy is built on small businesses. Every rule that affects Main Street means fewer jobs, lower wages and less productivity for Americans relying on new and innovative ideas to power our economic recovery. So happy first birthday, Dodd-Frank — please excuse us for not throwing a party.
Posted by DH at 10:42 AM