The FDA Has Gone Nuts 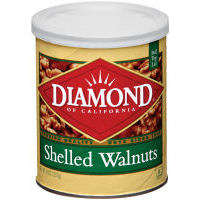 Earlier this week I introduced a Vital Signs Blog post with this sentence: "Here's another example (a ludicrous and yet quite alarming example) of how progressives like those in Barack Obama's FDA insist that politically-correct mythology trump even the most genuine and immediate of human needs." That story involved the FDA banning much-needed asthma medications because they contained chlorofluorocarbons.

Well, read that sentence again and get ready for the next outrageous example; namely, the FDA's attack on Diamond Foods for selling walnuts! That's right -- walnuts.

The same FDA who has no problem with companies that advertize deep-fried corn chips as "heart smart" or restaurant chains that promote heavy, sugar packed desserts as "light and healthy" are threatening to unload the full coercive powers of the Nanny State against Diamond Foods because they describe walnuts as being rich in omega-3 fatty acids which scientific study after scientific study have demonstrated to reduce the risk of heart disease and some types of cancer.

Here's Paul Bentley from the Daily Mail with the story.

A company which sells walnuts has been told they are dealing in drugs because their packaging suggests health benefits which the Food and Drug Administration has not approved, it has been reported. A fiercely-worded letter from the agency allegedly insisted Diamond Foods, from Stockton, California, remove the health claims or send off for a new drug application if it did not wish to be closed down.

The nut company has been selling its products with packaging which states the omega-3 fatty acids in walnuts have been shown to reduce the risk of heart disease and some types of cancer. But while the claims are backed up by research, including 35 published medical papers supporting assertions that eating walnuts improves vascular health and may reduce risk of heart attacks, the FDA is said to have insisted the company is 'misbranding' its foods because the 'product bears health claims that are not authorised by the FDA'.

The letter from the FDA reportedly stated: "We have determined that your walnut products are promoted for conditions that cause them to be drugs because these products are intended for use in the prevention, mitigation, and treatment of disease." It went on to emphasise that the nuts are 'misbranded' because they 'are offered for conditions that are not amenable to self-diagnosis and treatment by individuals who are not medical practitioners. Therefore, adequate directions for use cannot be written so that a layperson can use these drugs safely for their intended purposes."

Critics have slammed the FDA for the supposedly 'tyrannical' manner in which they have accused the walnut sellers of dealing in drugs. William Faloon, from Life Extension Magazine, said: 'The FDA’s language resembles that of an out-of-control police state where tyranny [reigns] over rationality. This kind of bureaucratic tyranny sends a strong signal to the food industry not to innovate in a way that informs the public about foods that protect against disease. While consumers increasingly reach for healthier dietary choices, the federal government wants to deny food companies the ability to convey findings from scientific studies about their products."
Posted by DH at 6:43 AM