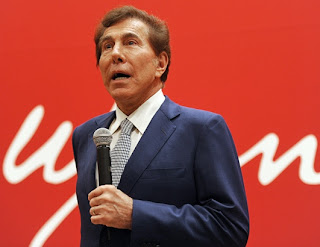 When you read the following lines, remember that the person speaking them is Steve Wynn, the casino magnate who is credited with revitalizing Las Vegas. Wynn is a Democrat who has been a fervent, generous supporter of Barack Obama.

Said Wynn in a conference call earlier this week, Barack Obama is "the greatest wet blanket to business, progress and job creation in my lifetime. A lot of people don't want to say that. They'll say, 'Oh God, don't be attacking Obama.' Well, this is Obama's deal, and it's Obama that's responsible for this fear in America."

He continued. "The guy keeps making speeches about redistribution, and maybe 'we ought to do something to businesses that don't invest or (are) holding too much money.' We haven't heard that kind of talk except from pure socialists. And I'm telling you that the business community in this country is frightened to death of the weird political philosophy of the president of the United States."