Planned Parenthood: Where Are the Missing Millions of Our Tax Dollars? 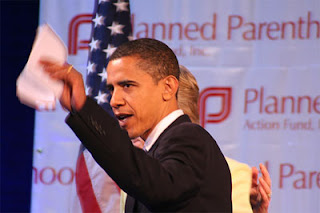 A new report from the U.S. Government Accountability Office (GAO) on federal tax money funneled into Planned Parenthood and similar organizations raises more questions than it answers about the nation’s largest abortion chain.

That’s not pocket change. Why the discrepancy?

The report (the first of its kind since 2002) was released in response to a request from 31 U.S. senators and representatives and in an atmosphere increasingly hostile to abortion. Not surprisingly. then, its findings are fueling an escalating outcry to defund Planned Parenthood.

Since 2009, at least five nationwide polls have confirmed that a majority of Americans consider themselves pro-life.

Someone, then, needs to explain to all those people why $2.3 billion in tax dollars have been doled out to an organization that admits to systematically having killed more than 1.8 million pre-born babies between 2002 and 2008 and then reports it only spent $657.1 million in federal dollars.

Has Planned Parenthood managed to tuck away megamillions of our tax dollars, seemingly unnoticed? Or is that much of its government funding coming from sources other than the federal government? Or is there a problem with the way Planned Parenthood is reporting its expenditure of our federal monies?...

Read more of Rita Diller's Washington Times report here. Read it and then forward it to your Congressmen and Senators. Maybe write a personal letter, e-mail or make a call and include a couple of the points from the news story. Tell them to defund Planned Parenthood now. No excuses. No delays. Get it done.
Posted by DH at 1:16 PM