Jon Bruning Must Address His Liberal Past 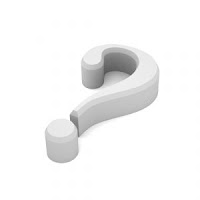 Back in December a liberal advocacy group called Bold Nebraska uncovered several columns written by Jon Bruning back when he was in law school, columns written for the school newspaper in which he aggressively shared views which, to say the least, are dramatically different than those he's espousing now in his candidacy for the U.S. Senate.

Not much of a stir was caused by those columns then. But when they become the attention of larger, more influential sources like Politico, then you can well figure they will become a factor in the Senate race. Especially when they reveal Bruning's advocacy of abortion rights, gun control, allowing homosexuals to be Boy Scout leaders, and affirmative action.

On abortion, law school student Jon Bruning wrote, "I think a woman should have a right to choose. I'm not saying I personally believe in abortion, but I think a woman has a right to decide what to do with her own body. Personally, I think life begins in the tenth week of gestation upon the inception of brain waves in the fetus. Regardless, I don't want the government making this decision for women."

On Gays:  "I believe homosexuals should have the same rights as everyone else. They ought to be able to be Boy Scout leaders, soldiers and anything else they want to be. Just because a person is gay doesn't mean they're a pedophile or a bad soldier. While I've only known two people in my life who were admittedly gay, I'd be happy to fight side-by-side with either of them if the United States went to war."

On Ronald Reagan:  "Conservatives say they are fed up with the liberal slant of the Daily Nebraskan. You're out there. Well, I'd like to change your minds. I wold love to persuade you that trickle-down economics was a farce or that Ronald Reagan was incapable of understanding complex policy arguments."

And again, these columns were not written by a high school kid. Jon Bruning wrote them after graduating from college and while he was attending law school. He wrote them specifically for publication. And that was less than 20 years ago.

Now, as a convert to Christianity, I'm certainly a believer that a person's opinions, values and way of life can change -- and change quite drastically. And it may well be that such a change (deep, sincere and lasting) has occurred in Jon Bruning's life, thus explaining the extreme divergence of his political views from law school to those he holds now.

But there's no doubt that these revelations will prove problematic to his candidacy. His opponents, for instance, will tout them as proof that Bruning's present views are shallow and based merely on expedience. It's a charge that will create doubt even among Republican supporters and will most certainly effect voter enthusiasm.

Unless, that is, the public quickly hears from Jon Bruning a clear and forthright exposition of the changes in his views. It's something that he hasn't done yet. But a frank conversation about the whys and wherefores of his political conversion is necessary. For these law school columns are not going to fade away. Indeed, they will become a more debilitating drag on his candidacy by the day until he boldly, comprehensively addresses these startling variances.
Posted by DH at 7:36 AM