Why the Increase in Abortion? 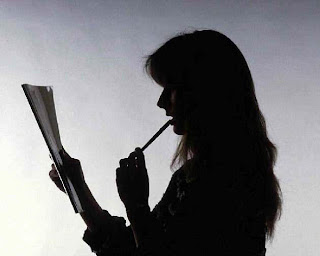 The most recent Guttmacher report on abortion (using demographics from 2008) showed a slight increase in the number of surgical abortions performed in the U.S. The numbers had been decreasing for several years previous to that.

Why the change? I've been thinking a lot about that and here's a few factors that I think are relevant.

1) There is no doubt that the recession has had an effect on the abortion increase. Couples fear the costs of bearing a child in hard economic times, especially if unemployment is part of the picture. And the worst case scenarios that have become popular fodder for news programs have only increased the dread. As any pro-life activist knows, finances have always provided a motive for abortion -- even when times were rosy and the parents had plenty of dough for big houses, nice cars and plenty of toys. So it's no surprise that when times are bleak, those abortion decisions related to finances will increase.

2) Planned Parenthood has recently become more aggressive and more organized. They have opened (with much hurrah) "mega-centers" which have increased the abortion rates in every location where they are placed. And they have dramatically stepped up their national sales pitch, especially regarding such chemical abortifacients as RU-486 and the "morning after" pill. Women are led to believe that taking pills is an easy, simple, inexpensive way to get rid of their unexpected pregnancy. They can more easily convince themselves that if a pill is the answer, then it isn't a real baby being destroyed.

But, of course, it is. And then these women often end up discovering that they need a "surgical" abortion after all. The preborn child doesn't just dissolve. The womb must be invaded by the tools of the abortionist anyway. Thus, as the sales of abortion chemicals go up (greatly encouraged by the general media, ineffective sex ed programs, liberal politicians like Barack Obama, etc.), the resultant number of surgical abortions go up also.

3) Also to be considered in the increase in abortions is the general "cooling down" of the issue in the general culture. Among the effects of this are hospitals that were very scared of negative publicity in the 1980s, so scared that they stopped doing abortions for fear of losing customers, are now back in the abortion business. They do not trumpet the news but they're involved. In the same way, more organizations and businesses that avoided connections with Planned Parenthood in the 1980s are now openly engaged in partnerships with the abortion conglomerate. The Girl Scouts and the Susan G. Kommen Foundation are just two of the many sad cases in point.

Abortion as a political issue has cooled too. This has resulted in less stringent investigation of abortion businesses for criminal activity (even health and sanitation); less internal policing of the industry from established medical groups; and more generosity from business, government and charitable foundations to abortion organizations. And that money is then used to sell abortion.

4) Finally, a fourth and very important factor involved in the increase of abortions is the increasing apathy of the Church. Abortion mills which once had peaceful protests and pro-life sidewalk counselors outside to help dissuade people from having their children killed now operate without the slightest notice of neighborhood churches. 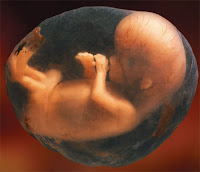 Christians have stopped participating in Life Chain, Walks for Life, Sanctity of Life Sunday, and fund-raising events for pro-life pregnancy centers. Christian pro-life organizations have withered, failing to receive the support that was there in the 1980s when so many first discovered the horrors of legalized abortion and wanted desperately to do something about it.

And alas, James Dobson is no longer on the air to stimulate the Christian conscience and mobilize unified pro-life efforts. Indeed, Christian radio in the post-Dobson era has gone the way of the post-modern Church: oriented to entertainment, self-esteem, happiness enhancement and being popular with everybody in town.

The salt has lost its savor. The cultural rot escalates. And that includes an upswing in the abortion numbers.

But before I leave the subject, let me give you one valuable word of encouragement that comes, surprisingly enough, from this same Guttmacher study.

Our friend, Eric Scheidler (Joe's son) pointed out to me that, in the finer print of the study's findings, it showed that abortion rates had not increased in the region of the country where pro-life activism is most common; namely, the Midwest. 85% of abortionists in the Midwest report that active pro-life opposition still exists to their business. That means sidewalk counselors, people with picket signs, and people who gather outside the abortion mills to pray. The abortionists call such things “harassment.” We know that it is better called a principled protest of evil, an outshining of the righteousness of God's teachings of the sanctity of life, a merciful outreach to people facing unexpected pregnancies, and a ministry which seeks to "deliver those being dragged away to death."

This means that even the demographers working for the pro-abortion Guttmacher Institute admit that pro-life activism of the kind Vital Signs Ministries has engaged in since our founding (and still engages in) works! It does effect the abortion rates by dissuading people from the wicked violence of abortion.

In other words, despite the economy, despite the aggressiveness of Planned Parenthood, despite the cooling of the general culture to life issues, and even despite the tragic indifference to abortion shown by the Church at large, we are making a difference! 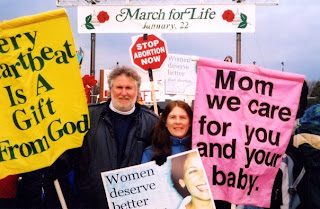 Our passions need not cool. Our resolve need not be shaken. Our "vital" pro-life ministry need not wither on the vine.

In 2011, Vital Signs Ministries will continue to provide a winsome pro-life testimony outside the Bellevue abortion clinic. In addition, we will take on a pro-life presence outside the new Planned Parenthood abortion center in northwest Omaha. We will keep the educational, motivational work going on Vital Signs Blog. We will keep up our letter-writing parties, our prayer meetings, our discipleship activities, our writing and speaking.

We will move forward in providing Bible studies and pro-life material for our Russian-language web site. We will keep producing pro-life presentations for You Tube and other venues. We will keep networking with other pro-life activists to provide a unified, effective voice. We will continue expanding our new "When Swing Was King" outreach into area retirement centers and nursing homes.

We will, by God's rich grace and empowerment, keep making a difference for His Name's sake. And we know, as you are able, you'll help us do so.
Posted by DH at 10:03 AM