Surrounded By A "Nice Evil" 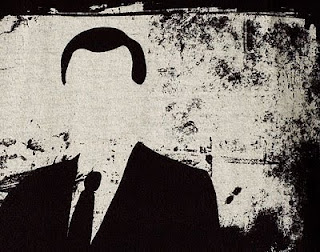 For some years now, I have mulled over the existence of something I have labeled “nice evil,” the ability of people whom we easily regard as “decent,” “ordinary,” or “nice” people, to hold, and on occasion act upon, moral ideas that our Christian forefathers would have instantly recognized as monstrously evil:

The idea that it must be legal for children to be killed before birth at their mothers’ convenience. That elderly people owe it to society to commit suicide. That a man may contract a marriage-like legal arrangement with another man. That marriages can be contracted and tossed aside at a whim. That children can, and should be manufactured to the specifications of paying customers, like a luxury car. That the populous and fecund peoples of the world are a menace solely on the basis of their fertility. That human beings when they are very small, may be used as experimental test subjects...

One day, I was struck by a horrifying thought. Under an old, Christian-based legal definition, insanity is understood to be the incapacity of a person to tell the difference between good and evil, right and wrong. If we propose that most people in the modern western world, people raised under the new, post-Christian, post-absolutist philosophical dispensation, truly do not know that abortion is wrong – that it is a monstrous evil to kill an innocent human being – nearly everyone around us is, in some sense, murderously insane. It was a bad moment.

I don’t actually believe that (completely), but it is at least true that moral relativism – the idea that morality can be a flexible thing subject to individual circumstances and personal preference – has become the guiding principle, or perhaps anti-principle, for most people in our culture. But is this idea, moral relativism, not simply another word for the evil that men choose? The evil they refuse to give up in the face of “old fashioned” moral absolutism? Does this make the common man a “moral monster”?

The 20th century political philosopher Hannah Arendt coined the term “banality of evil” when she observed the trial of Nazi war criminal Adolf Eichmann. Eichmann was the very epitome of modern, banal, “nice” evil - an unthinking bureaucrat who, even to the end, could not seem to grasp the enormity of the evil in which he had taken part as a cog in the machine, a mere functionary.

Observers of the Nuremburg trials often commented that many of Eichmann’s fellow Nazis were to all outward appearances perfectly ordinary, bland, modern, well-educated, even cultured men: bureaucrats whose mass murders were committed from a distance with the stroke of a pen, and with the most prosaic and dispassionate of justifications.

We look back on this kind of man with the comfortable assurance that we are observing an undisputed monstrous evil, and are able to see it clearly. That man, those men, clearly ought to have known, and their facades of civilization are not enough to cover their shame. It is not enough, we can say, confident that the world will agree, to like Beethoven and Bach, to read Schiller and enjoy sports and be attentive husbands and fathers. We must know the difference between good and evil, or we are lost, we become those men, those civilized monsters.

I have seen myself, many times, the existence of this new, passionless “nice evil.” I have met it nearly every time I discuss abortion with a member of the “personally opposed but…” culture. These are the “perfectly nice” people who believe that it is perfectly justifiable to murder an innocent infant or helpless old person, and for no other reason than the momentary inconvenience he creates for another. Is there not something even more monstrous about this banal and complacent evil? Is this not the smiling, reasonable face of our worst dystopian nightmares?...

(Excerpt from Hilary White's provocative and profound essay, "Nice Evil" published by LifeSiteNews)
Posted by DH at 11:16 AM