Merry Christmas Is Out. Happy Solstice Is In. 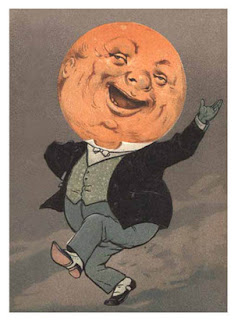 A war on Christmas?

Liberals love to insist that, despite the mountain of evidence to the contrary, the overt antagonism to Christmas exercised by government, media, businesses and the education establishment is just a myth.

Well, here comes an interesting (though quite disturbing) admission from the left that not only admits there is a war on Christmas but explains one of the significant motivations behind it; namely, the conversion of Western culture from a theistic, even explicitly Christian, worldview to an ecological pantheism.

The essay is written by a vigorously non-Christian academic and activist, Bron Taylor, and published in the Huffington Post. Here's a bit.

...Progressives may ridicule those who claim that there is now a cultural "War on Christmas" but Christian conservatives do have reason to worry. They know that their cultural influence has been waning, and that those with evolutionary and ecological worldviews are growing in number and influence. A DVD series released by a group of conservative Christians entitled "Resisting the Green Dragon," provides one recent example of such fears. These fears are based on an accurate perception that there is a religious dimension to much environmentalism. Those expressing such fears understand, accurately, that those engaged in nature-based spiritualities, both overtly and in subtle ways, are converting many to an evolutionary worldview and an environmentalist spirituality and ethics. They know that this is one reason they are having trouble even keeping their own children in the fold.

In this light it is more understandable why some Christians find it disturbing when people express their holiday wishes not with "Merry Christmas" but with "Happy Holidays" or "Season's Greetings." Such greetings acknowledge the nation's increasing religious pluralism and they are often motivated by a polite desire not to presume that everyone is Christian. But for some, it is also an unpleasant reminder of the declining power of the religion they believe to be both true and a pathway to salvation.

Although it is not as common as Happy Holidays, today "Happy Solstice" is increasingly used as a yuletide greeting. This is more than an expression of holiday cheer -- it also conveys an alternative identity and an earthly spirituality in which nature itself is implicitly understood to be sacred. It is just one example the increasingly assertive forms that nature spirituality is assuming as it gains traction globally. Those offering such blessings may also invite loved ones to solstice celebrations that consecrate the natural cycles of the universe, while also expressing kinship with and reverence for all life.

Observers of contemporary religion know that it is not only possible to integrate contemporary evolutionary and ecological understandings with theistic beliefs, but that this is increasingly done, and in a variety of creative and sincere ways. Nevertheless, the epic battle between those who consider God and the sacred to be above and beyond the world, and those who consider it to be here and everywhere, is unlikely to end anytime soon. Indeed, as I argued in Dark Green Religion: Nature Spirituality and the Planetary Future, in the 150 years since Darwin's On the Origin of Species was published, it is now possible to see that the momentum has shifted toward more naturalistic spiritualities. This momentum will not likely be reversed.

Happy Solstice! Or is it? The answer will depend on where the sacred is in your mind and heart.
Posted by DH at 11:46 AM