A Few "Must-Reads" (Before Christmas Takes Our Attention) 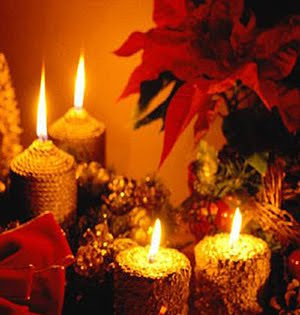 Among the "best of the web" I've come across today are these:

* What if the Christmas story is true? That's the question Cal Thomas asks in this superb Washington Examiner column.

* Jennifer Marshall has a terrific article published by the Heritage Foundation, "Why Does Religious Freedom Matter?" You're probably too busy with Christmas to read it through right now but I strongly encourage you to at least bookmark it and read it later. It's a thorough, well-written and very illuminating article on the subject -- one that would be great to print off for re-reading, for reference, for passing around to timid pastors, and so on.

* Lord Nicholas Windsor, the son of the Duke of Kent, claims Islamic terrorism is not as big a threat to Europe as is abortion. Here's the story in the Telegraph.

* "Iran Just Shipped Missiles to Venezuela. Hello? Is This Thing On?" -- A massive security threat just blossomed, and you'd be hard-pressed to find an MSM or administration official who cares. Mike McDaniel reports in Pajamas Media.

* Anti-American absurdities abound in this Massachusetts public school where they're playing games with the Pledge of Allegiance. And don't miss the reactions of liberal parents and the ACLU.

“In order to meet the state legal mandate for public schools and to support our learning expectations, I will, once a week, as part of my morning announcements, recite the Pledge of Allegiance to the flag,” [the principal] wrote in the letter. “Under our Constitution, neither teachers nor students can be mandated to participate in this exercise.”

“I urge you to have a conversation as a family to help your children understand why I will be reciting the Pledge of Allegiance and to support them in feeling comfortable and confident in the decision on whether or not to participate.”

Also strange is a breakdown of the Pledge included in the permission slip. It explained every phrase, and what the school thinks it means. Next to the fragment “under God,” the school says, “there is one Supreme entity for every citizen.”

* 22-year old actress, Afshan Azad, one of the stars of the Harry Potter series remains in hiding as she fears beatings and perhaps even more extreme violent punishment from her Muslim family. Why? She was dating a non-Muslim and refused to go along with a forced marriage.

* The ACLU is insisting that the Obama administration force Catholic hospitals to commit abortions. (Rob Stein reports in the Washington Post)

* Robert Bryce reports for the Wall Street Journal on how T. Boone Picken's much ballyhooed energy scheme has "gone with the wind."

After 30 months, countless TV appearances, and $80 million spent on an extravagant PR campaign, T. Boone Pickens has finally admitted the obvious: The wind energy business isn't a very good one.

The Dallas-based entrepreneur, who has relentlessly promoted his "Pickens Plan" since July 4, 2008, announced earlier this month that he's abandoning the wind business to focus on natural gas.

Two years ago, natural gas prices were spiking and Mr. Pickens figured they'd stay high. He placed a $2 billion order for wind turbines with General Electric. Shortly afterward, he began selling the Pickens Plan. The United States, he claimed, is "the Saudi Arabia of wind," and wind energy is an essential part of the cure for the curse of imported oil.

Voters and politicians embraced the folksy billionaire's plan. Last year, Senate Majority Leader Harry Reid said he had joined "the Pickens church," and Al Gore said he wished that more business leaders would emulate Mr. Pickens and be willing to "throw themselves into the fight for the future of our country."

Alas, market forces ruined the Pickens Plan. Mr. Pickens should have shorted wind. Instead, he went long and now he's stuck holding a slew of turbines he can't use because low natural gas prices have made wind energy uneconomic in the U.S., despite federal subsidies that amount to $6.44 for every 1 million British thermal units (BTUs) produced by wind turbines...

* "40% of Chicago Public School Teachers Send Own Kids to Private Schools" (Warner Todd Huston over at Publius' Forum)
Posted by DH at 11:27 AM