Did You Catch These? 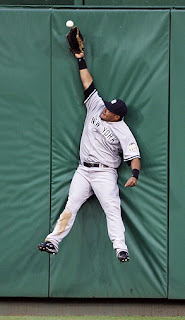 Here's a few quick recommendations. Different subjects but all relevant to the culture wars in which we're all daily engaged. Might as well be informed, right?

* "Does Religion Belong in Politics?" by Noemie Emery in the Washington Examiner.

* The 10 Premises of Modern American Political Discourse (Really good. I'm printing it off and sending it around to friends to start a discussion.) You'll find it at the Freedom and Virtue Institute web site.

* "2010's Most Maddening Wasteful Government Projects" from The Lid.

* "Obama Returns to End-of-Life Plan That Caused Stir" Robert Pear in the New York Times. (Opening paragraph: "When a proposal to encourage end-of-life planning touched off a political storm over “death panels,” Democrats dropped it from legislation to overhaul the health care system. But the Obama administration will achieve the same goal by regulation, starting Jan. 1.")

* "The Progressive end run around the Constitution" by Thomas Sowell in the Washington Examiner.