The Comeback Kid? Only in Obama's Dreams. 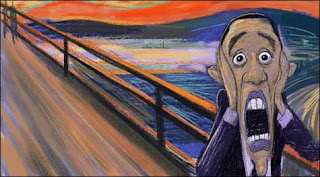 Tony Blankley at the Washington Times reviews the achievements of President Obama and the lame-duck session -- you know, those achievements that the soft-headed and sycophant mainstream press has heralded as Obama's grand comeback.

Come down it is.

For Obama's capitulation regarding the tax cuts, the defeat of the trillion dollar spending bill, and the concessions he made to Republicans on the START treaty signal not a newly energized President Obama, but a dramatically deflated one.

Good, hopeful reading here.
Posted by DH at 8:32 AM