The Christmas Gift That Kept On Giving 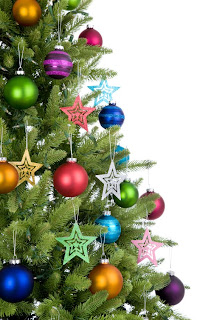 The most memorable Christmas gift in the history of my family cost, if I remember correctly, 89 cents. It was a bottle of Lucarelli, an after shave cologne, that I picked up at a half-price store as a present for my youngest brother, Ric. We couldn't afford much that Christmas but we were nevertheless committed to a Hartford-style Yuletide. That meant putting several gifts under the tree for each member of the family. With parents, Grandma Ellsworth, five siblings (and usually a dog), that made quite a pile of gifts surrounding our Christmas tree.

An expensive tradition? Not really, because cheap gifts, even gag gifts, were the rule. The only thing that mattered was making sure everyone had plenty of things to open, talk over, and joke about. In other words, to enjoy as much family time as possible around the Christmas tree. So it was old records, used books, food, broken toys you scrounged up from the basement, items bought at a thrift shop that no one could determine exactly what they were. Hey, anything was cool at a typical Hartford Christmas.

However, I must say that the bottle of Lucarelli that I'd bought for Ric wasn't intended to be one of those gag gifts; I thought he'd actually like it. But a year later, when we again journeyed out to Denver for the holidays and I spied that very bottle of after-shave sitting unopened on his dresser, I realized that my "nice gift" had been a bust.

What to do? Only one thing, of course -- swipe the Lucarelli off Ric's shelf, wrap it up and put it under the tree again. It was great watching my ever-loyal baby brother try and fake enthusiasm for what he thought was a second bottle of the stuff.

That began a family tradition of someone cagily lifting that same bottle of Lucarelli after every Christmas in order to re-gift it to somebody else. Grandma got it one year and it arrived in a washing machine-size box for someone else another year. One of the best moves was when I cut out Brut labels from a store circular and pasted them all over the Lucarelli bottle before wrapping it up for Ric again. Surprise! I bet you thought I was gonna' give you that Lucarelli bottle again, didn't you? But no, little bro; I sprang for the extra bucks and got you something nicer. Ric wasn't fooled, of course, but part of the tradition with these gag gifts was that you had to play it straight. And he did, beautifully!

The Lucarelli saga continued for many years, until alas, my sister Sherry broke it while transporting it out of Colorado for re-gifting the next year. She explained further that the stuff smelled so strong (and lousy) that she had to throw the towels out that it was wrapped in -- this even though the contents of the bottle had evaporated by about a third over the years.

The moral of the Lucarelli story is, as you've guessed already, a simple one -- the gifts that are truly memorable and the most fun are very often the ones that come from a full heart, not necessarily a full wallet. So let the advertisers play with someone else's mind while you get personal and creative in your gift-giving this year.

And don't bother about looking for any Lucarelli. That bottle was the last in existence.
Posted by DH at 10:33 AM