NPR Gets a Lot More of Your Money Than It Admits 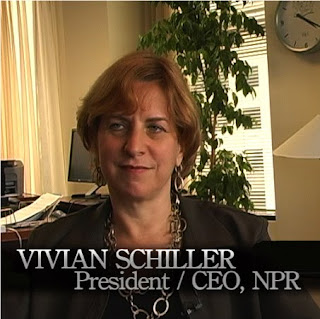 In the dust up after Juan Williams' firing from National Public Radio (1 and 2), many began calling on Congress to defund the leftist media organization. But NPR President Vivian Schiller dismissed the controversy by explaining that NPR received only a scant 3% of its money from taxpayer dollars.

Mark Browning over at American Thinker does the math.

...To understand NPR funding, we have to recognize that public radio is a two-tier operation. There is, on the one hand, the network itself, the Washington-based producer of programs that actually terminated Juan Williams' contract. On the other hand, there is the collection of some nine hundred NPR affiliate radio stations who bring this programming to radios around the United States. We cannot hope to understand NPR's finances without understanding the stations as well, so let's begin there.

According to information available from the NPR website, local radio station money comes from the following sources:

At first glance, this distribution of funds seems to confirm that public radio's support does not come in large amounts from the direct allocation of tax moneys. After all, 5.6% is not a gigantic portion of the budget, is it? But let's look more closely. That 10.1% that comes from the Corporation for Public Broadcasting is 99% provided by -- you guessed it -- the federal government. Those university funds, whenever they are provided by a public university, represent taxpayer-provided dollars. We can safely assert that three out of four university-supported stations are publicly funded, which means that more than 10% (three-quarters of that 13.6%) is taken from the taxpayer's pockets.

So far, we find that NPR member stations count on direct or indirect taxpayer money for some 25% of their funds -- and that's before we consider some of the largest portions of their budgets...

Given that only 89% of the NPR income pie comes from external sources (the rest coming from investment returns), it is not unreasonable to assert that more than 25% of NPR funds from outside sources actually comes from taxpayers. That's not an overwhelming portion of the budget, but it's a long way from two to three percent.

As annoying as I find the bias at MSNBC or the New York Times, I will respect to the end their right to be as biased as they'd like. What they do with their money and whatever funds they can convince advertisers to kick in is their own business. The same does not apply to the likes of NPR. That's your money and my money going into their coffers and funding that unbalanced message. We need to demand that NPR either be pushed away from the public trough or be required to present a modicum of evenhandedness.

Use this article in composing your letters to Congress. 3% or 25% or whatever it is -- the government shouldn't be paying anything into the leftwing propaganda machine that is NPR. Defund the thing. Now.
Posted by DH at 7:42 AM