Gripe About the Groping -- But Don't Lie About It 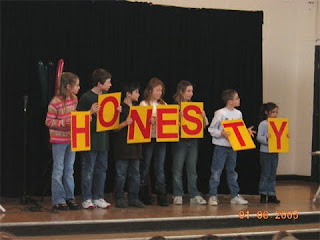 Having repeated the story of the TSA's mishandling of Meg McLain along with providing a link to the radio program, I am pretty miffed to learn that she may have invented at least a few of the details. Thus I agree completely with what Megan over at Intolerant Fox had to say:

This annoys me. But if I ever report something that turns out to be false I will correct it. The report by Meg McLain that I posted on this site where she claimed to be handcuffed to a chair while her ticket was torn in front of her face appears to be false.

The TSA released a video of her detainment, which, while intimidating and clearly upsetting to her, did not contain any of the accusations she claimed. She said she was handcuffed and couldn’t wipe the tears from her face. In the video below, a TSA agent very clearly hands her a paper towel to wipe her face and at no time is she in handcuffs.

McLain is still insisting what she said happened, happened. She is claiming that TSA only released partial videos but from what I see, there are serious inconsistencies in her story. You make up your mind, but I have made up mine. It’s fishy. I know that shock jocks love to create a stir, but with all the real stories of abuse by the TSA, this just hurts the cause of people who have actually been accosted. Shame on Meg McLain.
Posted by DH at 12:57 PM