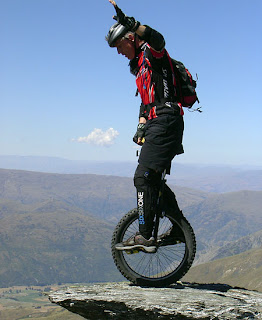 The morning has been taken up with sidewalk counseling and then taking information packets down to Omaha's Mayor and City Council members relevant to their decision tomorrow on a bizarre sexual orientation proposal. (I've dealt with this matter in previous Vital Signs posts -- like this one.)

Next up today is the first of three presentations scheduled for this week of "When Swing Was King." This afternoon we'll be at Skyline Manor nursing home.

So...there's no time for regular blogging today. However, here are a few links (with a few excerpts thrown in) gleaned from this weekend's web surfing that you might find very useful. I certainly did.

* Whence all this hate? Is it the usual story of love gone wrong? Do Democrats have a mad infatuation with the political system, an unhealthy obsession with an idealized body politic? Do they dream of capturing and ravishing representational democracy? Are they crazed stalkers of our constitutional republic?

No. It’s worse than that. Democrats aren’t just dateless dweebs clambering upon the Statue of Liberty carrying a wilted bouquet and trying to cop a feel. Theirs is a different kind of love story. Power, not politics, is what the Democrats love. Politics is merely a way to power’s heart. When politics is the technique of seduction, good looks are unnecessary, good morals are unneeded, and good sense is a positive liability. Thus Democrats are the perfect Lotharios. And politics comes with that reliable boost for pathetic egos, a weapon: legal monopoly on force. If persuasion fails to win the day, coercion is always an option.

Armed with the panoply of lawmaking, these moonstruck fools for power go about in a jealous rage. They fear power’s charms may be lavished elsewhere, even for a moment...

P.J. O' Rourke, "They Hate Our Guts" published in The Weekly Standard)

* Do you remember the dire consequences facing Robert Wallace of Wheat Ridge, Colorado? He was the octogenarian being prosecuted for attempted murder and assault with a deadly weapon after he fired at thieves who were stealing his trailer. Well, now the beleaguered man has been the target of arson, most likely linked to the publicity he's received from defending his property. Here's the story as told by the Denver Post.

Wallace was awakened about 10:30 p.m. by "flickering flames" in his large lot next to his home, he said. "It's pretty obvious that someone climbed up the ladder to the top of the mobile home, opened a vent and poured gasoline inside," Wallace said. "It's a total loss."...

It has not been determined whether it was an arson-caused fire, she said. Fire investigators and police are working together on the investigation.

But Wallace said it's apparent to him that someone burned the RV to take revenge for the Feb. 24 shooting incident. In that case, Wallace fired a shot at a pickup truck that was driving away pulling his flatbed trailer. Alvaro Cardona, 28, was struck in the face, blinding him and causing a serious brain injury.

"Why else would they burn a motor home?" he asked.

Cardona and Damacio Torres-Ochoa, 33, an illegal immigrant, were later arrested and charged with stealing Wallace's trailer. Each was charged with one count of theft from an at-risk victim, a Class 3 felony, Russell said.

* Congratulations to the editors at the Washington Post. Seventeen months after the Eric Holder Justice Department dismissed a slam-dunk case against the New Black Panther Party for voter intimidation, the Post gets around to printing a thorough vetting of the dismissal. The story is slated for Saturday’s print edition. While other media like Breitbart/The Bigs, Fox News, the Washington Times, the Weekly Standard, Pittsburgh Tribune Review, Investors Business Daily, Pajamas Media, and Drudge have had dozens of stories on the corrupt New Black Panther dismissal, the Washington Post at last is in the game...

But overall, the story is very bad news for Eric Holder. It debunks many of the myths spun by the administration. Inside DOJ sources describe deep hostility to protecting whites at Justice. DOJ sources say panther prosecutor Christian Adams never allowed his conservative views to influence his work, contradicting administration spin. And perhaps most damning of all to Holder, sources defending the administration defend the idea that whites aren’t protected by the Civil Rights laws. The latter is the blockbuster news in the Post piece.

The Post also shatters the false administration spin that only low level career lawyers had a fight among themselves: “After the Obama administration took over, high-level political appointees relayed their thoughts on the case in a stream of internal e-mails in the days leading to the dismissal.” The administration told Congress and the public a lie for over a year, and now the Washington Post even knows...

* Here's the wildest, woolliest line of the weekend's news. It comes from the NPR press release written by Vivian Schiller, the President & CEO of NPR, defending their firing of Juan Williams. Undoubtedly having a good chuckle (though writing with a serious face), Ms. Schiller says, "This is a very different role than that of a commentator or columnist. News analysts may not take personal public positions on controversial issues; doing so undermines their credibility as analysts..." Oh, that Viv; she's such a card.
Posted by DH at 11:27 AM