Obama Drops "The Creator" From the Declaration of Independence -- Again! 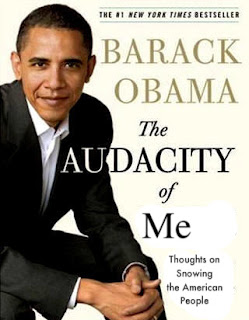 "A mere mistake or something more profound? Either way, Barack Obama's omission of the Creator when quoting from the first sentence of the Declaration of Independence is troubling indeed."

That's what I said back in September when our President dropped the Creator from the Declaration. But when he does it a second time -- and again with no follow up apology -- I've got to believe it's deliberate.

What a striking illustration of irreligious arrogance and of disdain for America's heritage.
Posted by DH at 8:41 AM