If Elected, I Promise Malts in the Cafeteria! 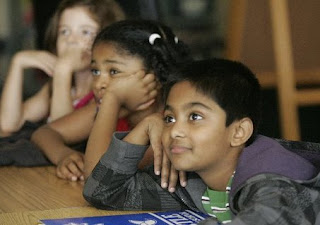 ...My best friend, Debbie, gave her speech next. She was a worthier opponent, and prettier than I was, but still I felt confident, thinking I had a real shot at the power seat at Sharonville Elementary.

Then it was Chris’s turn. I remember just one sentence from his speech, but it was the sentence that torpedoed my dreams of the presidency: “Elect me and we will have malts in the cafeteria . . . every day!”

Now, really—frozen chocolate malts were a coveted treat. They cost a quarter extra, and the cafeteria ladies put them on the lunch menu maybe twice a month. To blithely suggest that it was within the student council president’s authority to open the floodgates and provide unlimited chocolate malts was irresponsible.

But it didn’t matter as long as the voters believed it.

My carefully thought-out speech was lost to the ages. Nothing I said would have mattered at that point. Chris had the election in the bag...

That's Democrat politics, folks -- promises of "malts in the cafeteria" with voters selfish and dumbed down enough to believe them.

As you can guess, there's more to this parable and Tracy Stone Lawson, the girl whose forward-looking but rational campaign was undone by the promise of malts in the cafeteria is the girl to tell you. Here, published in The Freeman, is her delightful and profound essay.
Posted by DH at 11:44 AM