An "Exhausted" Democrat is an Embarrassment for Obama 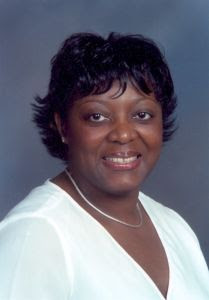 Just when President Obama figured to be getting his groove on in his campaigning efforts for the mid-term elections -- bombastically blaming, bashing and turning into bogeymen his Republican opposition -- a "hot dog and beans" confrontation with a worried, disappointed Democrat dominated the day's coverage.

Indeed, the damage is continuing to spread for the video clip of the incident ended up going viral, forcing the Obama-friendly media to go off message and talk instead about a lousy economy, the failed policies of Team Obama and disaffected Democrats like Velma Hart.

Now keep in mind that Mrs. Hart remains loyal to President Obama. She admires him, retains hope in him and applauds him for the "progress" he has made these last two years.

Nevertheless, that dramatic moment when she dared to confront the President and express her frustration and fears about his leadership represents a crucial problem for Democrats. For it reveals that even Obama's supporters are no longer enthralled with him. He is no longer the Great Hope, the Great Communicator, or the Great Anything. In fact, when you get right down to it, the President has proven to be arrogant, out-of-touch, remarkably uninspiring, and downright ineffective in running the country.

Velma Hart created a fearful awakening for Democrats yesterday, one in which they realize just how many independents and Democrats they've lost and how difficult it will be to generate a "get out the vote "enthusiasm from their former friends.
Posted by DH at 11:04 AM