The Whole World Is Changed -- A Child Is Saved 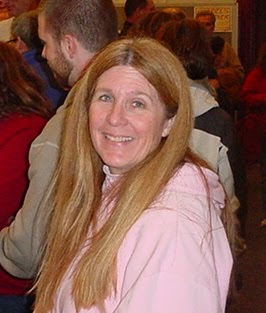 Claire Hartford provides this guest column as she describes a momentous incident happening yesterday at the Bellevue abortion mill.

We knew early that it was going to be a tough day when three abortion workers and a client pulled into the parking lot at 7:30. Denny stayed on the sidewalk between the parking lot and Mission Avenue with his baby sign and banner while Quint Coppi and I headed up to the building's east side. That's closer to the building entrance and sometimes abortion clients will park on the street nearby. Before too long Bill Coker and Chet Thomas arrived too. Chet joined Denny and Bill stayed up top with us. Other members of our prayer and sidewalk counseling team take the "second shift" so Val Prater and Carol Moran joined us a bit later. (Others of our little band were not able to be there yesterday: Ruth Denzler is in Minnesota; Larry Booth's wife, Jeannie, is undergoing a medical procedure; and Mark Morin was on a job.)

By 9:30, there were 11 clients that went into the abortion building. Four of them parked on the street and we were able to walk with them from their cars to the abortion clinic -- offering our help, telling them of the alternatives to abortion and showing them the beautiful model which represents exactly what an unborn baby looks like at 10-weeks gestation. Among these were a couple of angry people so, along with the normal excuses and lies about their intentions, we got some pretty salty language and threats. One woman, after hearing us explain the miraculous development of her baby, brazenly said, "So, I'm killing my baby. What of it?"

Down by the parking lot itself, Denny was able to briefly speak to the women, husbands and boyfriends too. But since they all come in the east door, we were able to speak to those clients as well.

One of the young women who was just "dropped off" at the door went into the abortionist, but then came out after just a few minutes. She sat on the bench by the door and smoked a cigarette. I quietly shared with her what happens during the abortion, the uniqueness and beauty of her child, what her son or daughter might be doing right now in her womb, potential dangers to her own health from the abortion (like a greater incidence of breast cancer), and especially about how we could take her right across the street to A Woman’s Touch Pregnancy Center. There she could to sit in a pleasant, unpressured, safe place and talk to the counselor there about her alternatives to abortion.

I reminded her that the three of us there were all praying for her right now to not get an abortion, to let us help her and her baby. Periodically, the young lady would look up as I was talking and, after she finished her cigarette, she just sat there with her chin on her hand. She looked quite lost and far away but she kept looking up at us too like she was about to speak.

Bill shared a little bit with her too and in a very kind, fatherly way that he has. I've been doing this kind of thing for an awful lot of years but my heart was still pounding as I prayed for this lady and her child...and even her boyfriend. I also felt a tremendous sense of pride and appreciation for the pro-life friends who are on our team and taking on this crucial challenge.

Then Quint decided to tell the young woman a compelling story from his own life, one that was of the utmost relevance and value. I'll let him summarize what he had to say:

"Young lady, my daughter became pregnant in high school and gave birth to a little girl. My wife Carol and I had the privilege of seeing our little granddaughter as a newborn. This would be our only chance to see her, since my daughter had arranged for her to be adopted. Since this was the case, we knew that, more than likely, we might never see her again.

However, she had other plans. She remembered in earlier correspondence with my daughter, that my wife was an artist in Omaha. She googled "Omaha Artist", and found my wife's e-mail. Earlier this year, we received an e-mail from her, asking my wife if she was my daughter's mother. She wanted to re-establish contact with her again, and asked if we would send her our daughter's address.

The upshot of this was that, that little newborn, now a young woman in her thirties, came to Omaha, spent a day with my daughter, and the next day came and visited with us. Now she has a husband and children of her own. Through recent e-mails, she has let us know that she would like to stay in contact with us often. My wife and I are very thankful for this turn of events.

Your child could have this same opportunity; to live, marry, and have children. This could not happen if you proceed along the path of abortion. Your child will have no opportunity to live, to marry or have a family. Please reconsider, come over to the CPC, and listen to the options that are open to you. They will help you to make a much better decision than abortion. Believe me, in time, you will be grateful that you saved your baby's life."

I already knew Quint's story, of course, but it was thrilling to hear him relate it to this young woman. I knew Bill had been praying hard as Quint told it. I reminded her that we cared very much for her and really wanted her best. I also emphasized that there was no charge, no risk, no obligation to go over and at least talk to the counselor at A Woman's Touch.

She looked up and suddenly asked if you needed an appointment over at A Woman’s Touch. We told her no, not at all. In fact, I would be glad to walk her over and introduce her. She sat a few minutes longer then she grabbed her purse and walked over to me and said, “I would like to go over there.” I handed Bill my sign and introduced myself. She, in turn, told me her name. As we walked over, I found out a little about her, including the fact that both she and her boyfriend had been hesitant to get an abortion. But she did have an appointment for one there that morning.

As we walked into A Woman’s Touch, I introduced her to the counselor there. The counselor immediately sat next to the young lady and said that she was glad that she had come in and asked her to fill out some forms so she would know how to help her. It was difficult for me to leave her. After all those years of counseling at the AAA CPC, I wanted to be a part of the session too. But I didn't want to be a distraction and I was confident of how the counselor would minister to her. I told the young lady that I would leave her in good hands and that we would continue to pray for her. And that anytime she wanted my help, she could count on it.

It was a great joy to go back across the street to share with Denny and the rest of the team what was happening, to let them know that this young mom had escaped the devil's trap and that her baby wasn't going to be killed. Indeed, she was now getting the full range of counseling, alternatives and assistance the pro-life community can give. There was great rejoicing there on the street yesterday morning as well as in the heavenlies! Thank You, Lord Jesus!

We ask for ongoing prayers for this young couple and their baby. And you might also say a prayer for the two other clients who left yesterday morning without having the abortion. Neither wanted to stop and talk to us (although one of the young women gave Denny a smile and a little wave) so we don't know what transpired. And please say a prayer for the impact of our sidewalk counseling team when the Lord brings us to mind. We sure would like to relate to you more miracle stories like this one.