My Goodness! What They Said! 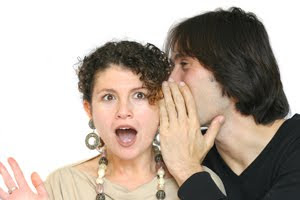 * On CBS’ “The Late Show” Tuesday night, David Letterman took a jab at the president, saying: “He’ll have plenty of time for vacations after his one term is up.”

* Democrat Senator Max Baucus takes credit for "essentially writing" the Democrat health care bill but then, incredibly, admits he didn't even read the thing! “I don’t think you want me to waste my time to read every page of the health care bill. You know why? It’s statutory language. We hire experts.”

* Amnesty by bureaucratic sleight of hand? Susan Carroll reports for the Houston Chronicle, "The Department of Homeland Security is systematically reviewing thousands of pending immigration cases and moving to dismiss those filed against suspected illegal immigrants who have no serious criminal records, according to several sources familiar with the efforts.

Culling the immigration court system dockets of noncriminals started in earnest in Houston about a month ago and has stunned local immigration attorneys, who have reported coming to court anticipating clients' deportations only to learn that the government was dismissing their cases..."

* Vice-President Joe Biden "conceded that the economic recovery was not proceeding as fast as the administration had hoped, but claimed there was 'no doubt we're moving in the right direction.'

* What can we expect from ObamaCare based on the European socialist programs it's based on? Try this. At a hospital in Sundsvall, Sweden, Elin Andersson was required to clean up her own hospital room before she was dismissed. And this was but two days after birthing her child via a Cesarean section! Furthermore, the baby's had been enrolled to help with her care while in hospital. Outlandish? Of course. Exaggerated? No. Explained Gunnel Westerlund, one of the staff midwives at the hospital of Andersson's story, ”She describes precisely those bits that we don't have time for.”

* Regarding the leak of financial information that has left Jeffrey Loria and David Samson embarrassed (these guys don't feel genuine shame) and taxpayers of Florida enraged, reporter Jeff Passan writes, "The swindlers who run the Florida Marlins got exposed...Corporate fraud is alive and well in Major League Baseball."

* “Balanced, fair, impactful.” That's what Cal Thomas said. James Sire, author of The Universe Next Door, used the word, “Astounding” while Gene Edward Veith went with the more British adjective, “Brilliant.” David Limbaugh, one of my favorites, put it this way: “May be Nancy’s best book yet, and that’s saying something." So...what are these guys all talking about? Nancy Pearcey's new book, Saving Leonardo: A Call to Resist the Secular Assault on Mind, Morals, and Meaning. Here's more info.