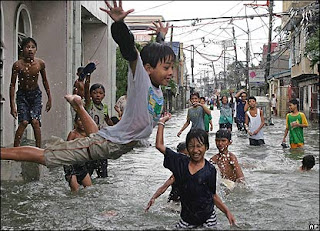 The research firm of SNL Kagan has reported that, for the first time ever, the number of American subscribers to cable, satellite and telecom TV services has taken a tumble. And quite a tumble at that -- cable TV firms lost 711,000 subscribers last quarter.

Is it the economy? People disgusted with the lack of quality offered on cable and satellite TV? The provision of better, more competitive programs from the networks? More time spent on computers and other technology? The increased competition from internet TV, which most analysts believe is the future of the market?

I'd sure like to think it's because people have decided to turn off the tube and get back into real life -- you know: family time, talking to friends and neighbors, reading, listening to fine music, exercise, hobbies and playing games, helping others, church involvement, and so on.

But I'm afraid we all know that's not the reason.

(It is, in fact, a combination of the earlier suggestions, with a particular emphasis on the latter two.)

But that doesn't mean that a few of us can't break free and live unplugged. And who knows? Maybe if only a few of us can show others how winsome, fruitful and satisfying real life can be, we can start a trend. So what d'ya say? Let's turn off the TVs and computers and iPods -- and go play kick the can!
Posted by DH at 12:02 PM