The Left Is Buying Evangelicals Too 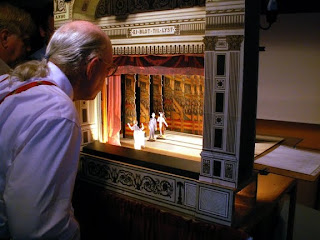 Remember Richard Cizik, one of the key leaders in the National Association of Evangelicals whose left-leaning, heterodox pronouncements finally forced the organization to drop him?

Not that the NAE was keen to do so. They had, after all, allowed Cizik to serve as their lead lobbyist in Washington for decades, long after his religion had made a sharp turn to the left. And they grievously bemoaned his exit, praising and defending him as much as possible.

If only he hadn't gone on National Public Radio and endorsed homosexual unions, putting at risk the flow of money to the NAE from all those fuddy-duddy fundamentalist churches who still take the Bible seriously -- and who aren't aware of how the NAE has "evolved" in recent years.

Well, Richard Cizik managed to land on his feet and with his apostate sentiments not only intact but strengthened. For his first gig after leaving the evangelicals was working with humanist, globalist extraordinaire, pro-abortion zealot and the man who owns more American soil than anyone else, Ted Turner.

But now Cizik is relying on even deeper pockets. He, like Jim Wallis of Sojourners and a few apostate Catholics, is now working for George Soros.

Mark Tooley has the story here in The Weekly Standard. And for a few more examples of the National Association of Evangelicals losing its way, check out this post and its various links.
Posted by DH at 10:21 AM