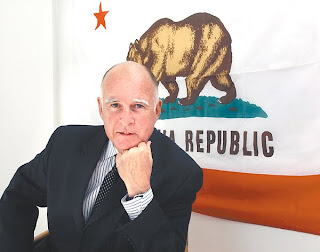 The Competitive Enterprise Institute has compiled a detailed report on a very important area of politics -- yet one that receives little attention; namely, the actions of state attorney generals. Indeed, by describing the outrageous actions of the nation's worst attorneys general in this lengthy report, the CEI hopes to awaken political activists to just how far afield of the law some of these guys have gone. It's a report that will inform and infuriate and, one hopes, inspires citizens to be much more careful who they elect to these incredibly powerful positions.

I print excerpts below but, if you have a little time, you will find the whole CEI report important reading.

State attorneys general (AGs) are among the most powerful office holders in the country, with few institutional checks on their powers. A state attorney general, such as Oklahoma’s Drew Edmondson, can bring a politically motivated prosecution in violation of the First Amendment, yet his victims may well have no legal redress. With the possible exception of former New York Attorney General Eliot Spitzer, the enormous power wielded by state attorneys general has received little scrutiny. This discussion of the nation’s half-dozen worst attorneys general, like its 2007 precursor, seeks to focus much needed attention on their most egregious abuses of power...

Unfortunately, many state attorneys general now ignore these constraints. In recent years, many state AGs have increasingly usurped the roles of state legislatures and Congress by using lawsuits to impose interstate and national regulations and extract money from out-of-state defendants who have little voice in a state’s political processes.

Although abuses are widespread, some attorneys general are worse than others. The greatest harms inflicted by overreaching state AGs include encroachment on the powers of other branches of government, meddling in the affairs of other states or federal agencies, encouragement of judicial activism and frivolous lawsuits, favoritism towards campaign contributors, ethical breaches, and failure to defend state laws or state agencies being sued...

The worst attorney general in America is California’s Jerry Brown. One of the most fundamental duties of a state attorney general is to defend all state laws against constitutional challenges. California Attorney General Jerry Brown has abdicated that duty by picking and choosing which laws to defend, and even seeking to undermine those he disagreed with (regardless of their constitutionality). For example, he refused to defend Proposition 8, an amendment to California’s constitution that prohibits gay marriage—but not civil unions—even after it was upheld by the state Supreme Court...

Goodwin Liu, associate dean and professor of law at University of California, Berkeley’s Boalt Hall School of Law, said it was “extraordinary for the chief law enforcement officer of the state to decline to enforce a law—even on the grounds that it is unconstitutional.” He said, “The chief law enforcement officer of the state is charged with enforcing laws, even laws with which he disagrees.” (After the state Supreme Court upheld Proposition 8, it was challenged yet again in federal court. Brown once again refused to defend it, this time claiming it violated the federal Constitution—an argument the U.S. Supreme Court rejected in an earlier case, and that has recently been rejected again by a federal appeals court.)

Brown has also been very aggressive in using lawsuits based on vague claims of environmental harm to block energy projects in California, and to regulate beyond the state’s borders. The effect of any individual project or development on overall global warming, or greenhouse gas emissions, is microscopic, yet Brown brought so many lawsuits over global warming against businesses and local governments that the state legislature curbed his ability to sue local governments.Brown has engaged in this kind of green activism without regard to the effects on the state’s economy...

Brown’s fundraising practices raise ethical concerns. He collected $52,500 in campaign contributions from relatives and from a company his office had been investigating in a public pension fund corruption probe. Using his leverage as state attorney general, Brown raised nearly $10 million in contributions to favored charities from industries that he oversees as state attorney general, including utilities, casino operators, and health care organizations. Brown also conducted an investigation of the scandal-prone leftist activist group Association of Community Organizations for Reform Now, better known by its acronym, ACORN, that has been criticized as a whitewash...

2. Drew Edmondson, Oklahoma
The second worst attorney general is Oklahoma’s Drew Edmondson, whose tenure has been marked by a pattern of political bullying and hypocrisy. Edmondson appears to have had no problem with accepting money from out-of-state lawyers, wealthy special interests, and even felons. He has violated state ethics rules and campaign laws. And he has steered lucrative government contracts to lawyers who give him donations (such as generous contingency fees for lawyers that give them up to $250 million simply for bringing copycat lawsuits that mimic pending lawsuits brought by other trial lawyers, and give the lawyers up to 50 percent of what the state recovers)...