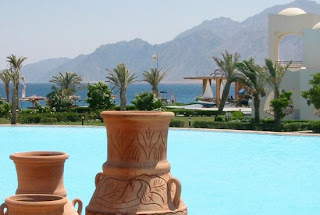 Morocco, a nation that receives millions of dollars every year from taxpayers in the U.S., is the latest country to force a mass deportation of Christians, over 100 of them Americans. It's an alarming injustice, all the more dramatic because Morocco was supposed to be a "moderate" Islamic government.

The arrogance of Islam is cutting a very wide swath indeed. First it was marginalization of non-Muslims, then active intolerance, and increasingly it is guilty of the boldest and most brutal of persecutions.

Hardly what one should expect from a religion of peace and understanding and intelligence, as we are constantly hearing Islam to be.

What is clear is that Morocco is feeling the pressure of rising Islamic extremism. Seven thousand Muslim religious leaders recently signed a document describing the work of Christians within Morocco as “moral rape” and “religious terrorism,” according to Christianity Today. Some religious-freedom observers believe that outrage against the Christian aid workers was manufactured for political reasons that originated within the Organization of Islamic Conference. The ire of some state members of that Saudi-based religious association was aroused after Morocco expelled Wahhabis and Shiites. In a tacit acknowledgement that the mass deportations were aimed at placating Muslim extremists, the ambassador explained the deportations of the Christians as necessary for maintaining “public order.”

Morocco still likes to boast of being an open, inviting country, unscathed by the extremism and violence that have engulfed other nations in the region. It has been a place where Western tourists and even retirees have been welcome, where law is based on a civil code, where churches and synagogues are allowed to be built and maintained, and where Catholic, evangelical, and Jewish schools have not only been tolerated but popular among the 99 percent of the population of 33 million that are Sunni Malikite Muslims. This reputation for tolerance is waning, though, as the country bends to OIC and other sources of Islamist radicalism. Last Ramadan, police patrolled restaurants and cafes enforcing the Islamic fast for the first time, with coercive methods reminiscent of the Saudi religious police.