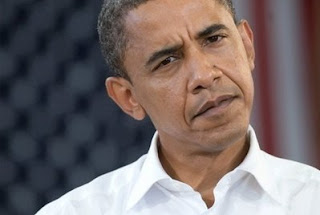 ...No reason to join the pile on, but some small points. Two growing weaknesses showed up in small phrases. The president said he had consulted among others "experts in academia" on what to do about the calamity. This while noting, again, that his energy secretary has a Nobel Prize. There is a growing meme that Mr. Obama is too impressed by credentialism, by the meritocracy, by those who hold forth in the faculty lounge, and too strongly identifies with them. He should be more impressed by those with real-world experience. It was the "small people" in the shrimp boats who laid the boom.

And when speaking of why proper precautions and safety measures were not in place, the president sternly declared, "I want to know why." But two months in he should know. And he should be telling us. Such empty sternness is . . . empty.

Throughout the speech the president gestured showily, distractingly, with his hands. Politicians do this now because they're told by media specialists that it helps them look natural. They don't look natural, they look like Ann Bancroft gesticulating to Patty Duke in "The Miracle Worker."

The president could move his hands because he was not holding a hard copy of his speech. Normally presidents have had a printed copy of the speech in their hands or on the desk, in case the teleprompter freezes or fails. Mr. Obama's desk was shiny and empty. A White House aide says the director of Oval Office operations had a hard copy just off camera, and was following along as the president spoke so that if the prompter broke he'd be able to give it to the president at the spot he left off.

But that would look a little startling, an arm suddenly darting into the frame to hand the president a script. And the pages could fall. If one were in the mood for a cheap metaphor one would say this is an example of the White House's tendency not to anticipate trouble...
Posted by DH at 9:56 AM