"I Don't See How the President Can Survive the Oil Spill." 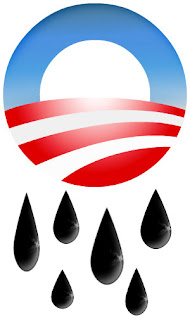 There was the tearing and unnecessary war over his health-care proposal and its cost. There was his day-to-day indifference to the views and hopes of the majority of voters regarding illegal immigration. And now the past almost 40 days of dodging and dithering in the face of an environmental calamity. I don't see how you politically survive this.

The president, in my view, continues to govern in a way that suggests he is chronically detached from the central and immediate concerns of his countrymen. This is a terrible thing to see in a political figure, and a startling thing in one who won so handily and shrewdly in 2008. But he has not, almost from the day he was inaugurated, been in sync with the center. The heart of the country is thinking each day about A, B and C, and he is thinking about X, Y and Z. They're in one reality, he's in another...

In "He Was Supposed to Be Competent," Peggy Noonan has written her best column in awhile. Check it out.
Posted by DH at 8:16 AM