What D'ya Mean You Don't Like Tofu Burgers, Kid? 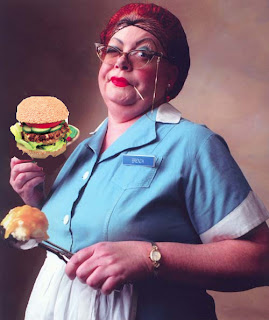 A vegan activist group using the title, the Physicians Committee for Responsible Medicine, has recruited Olympic athletes Hope Solo, Amanda Beard and Nastia Liukin to support its campaign of getting meat and dairy products out of school lunch programs.

But based on statements from the athletes found elsewhere (like their personal web pages), it seems the athletes are either fibbing or, more likely, that they were not informed about just what their statements would be used for.

For instance, the PCRM press release quoted Solo, a key member of the U.S. women’s gold medal soccer team, as saying, "I always try to set a positive example for young people. I’ve noticed a major factor affecting children’s health is the food they’re putting into their bodies. We need to make sure children grow up with eating habits and lifestyles to keep them healthy.”

Liukin, the 2008 all-around Olympic champion and winner of five Olympic medals, chimes in, "I started competing in gymnastics when I was only 6, so I know how important healthful food is to children’s energy levels and development. If we don’t give students the opportunity to try delicious, healthy foods now, the obesity epidemic is not likely to subside anytime soon.”

Who could disagree with these statements? No one. But note, these statements are not at all suggesting that healthy foods for children can only be tofu, veggies, and soy milk. And information obtained elsewhere suggests that the strict vegan philosophy of the PCRM is not shared by the athletes they've used.

Indeed, the Center for Consumer Freedom reports that in Hope Solo’s profile on USSoccer.com, we learn that her “favorite food is Mexican, especially her mom’s tacos.” And from Nastia Liukin’s website, “Nastia does not follow any specific diet. She eats whatever she likes but by choice she generally prefers to eat healthy foods. Her favorite food is Sushi.”

Concludes the Center for Consumer Freedom, "Olympic athletes could do far more good (and make a lot more sense) by supporting initiatives to promote physical education in schools. That’s the real culprit behind childhood obesity, not whether kids drink faux milk or the real thing. And as for PCRM? It’s high time the animal rights group stopped peddling its (literal) phony baloney."
Posted by DH at 10:34 AM