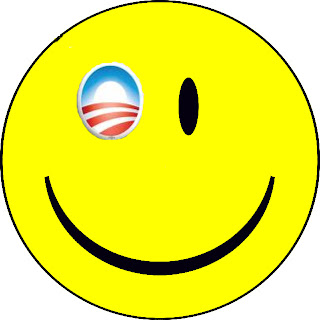 You've read (perhaps even watched the clip) of Barack Obama's latest outrageous statement, "We're not, we're not trying to push financial reform because we begrudge success that's fairly earned. I mean, I do think at a certain point you've made enough money. But, you know, part of the American way is, you know, you can just keep on making it if you're providing a good product or providing good service. We don't want people to stop, ah, fulfilling the core responsibilities of the financial system to help grow our economy."

Jim Geraghty in his e-newsletter Morning Jolt has collected a few responses from the conservative blogosphere. Check 'em out.

Jeff G. at Protein Wisdom: "Listen carefully to what Obama is saying here: namely, that it is the 'responsibility' of businesses and entrepreneurs to 'help grow the economy' with the government as beneficiary. That is, it is the responsibility of the free man, according to Obama, to create wealth for the purposes of aiding the government in its own push to control market movement."

At Red State, Lori Ziganto, who is also a world-class Tweeter, notes: "Evidently our pay is not above his pay grade. Oh, really, President Obama? If you are so worried about people who've 'made enough money,' you may want to have talk with a few people. Here's a tip for you: start with George Soros. You're welcome. . . . Not only is he prancing around giving speeches about evil Wall Street, filled with feel good nonsense and super serious faces that even those who voted for him no longer believe, but he's doing so when people are huddled around staring dejectedly at a one page Classified section. You know, Obama, people would like to make some money, reaching your apparent 'too much' threshold or not, to provide for their families. Demonizing business isn't going to do that. You know what will? Stop bailing out poorly run businesses. Stop regulating the good ones out of business. Stop taxing them out of employing people. I mean, at some point, hasn't the Government made enough money?"

Cassy Fiano: "Politicians are supposed to be public servants. They are supposed to serve us, not the other way around. Money is not earned for the benefit of the government. And as long as it isn't earned through illegal means, then what business is it of Obama's? For anyone who paid any attention at all to Obama's record and background, this radicalism isn't exactly a huge surprise."

Rush: "That's what he said to Joe the Plumber. He told us what he was going to do. This is why we want him to fail, he's going to redistribute income and wealth, spread it around a little bit. And then last night in Quincy, Illinois, 'I mean, I do think at a certain point you've made enough money.' It's none of his business. If we get into playing that game -- and a lot of people, by the way, agree with this, I run into people all the time, not many, but people, 'Well, at what point do you need any more?' And notice they never ask this of Bill Gates or Warren Buffett or any of these millionaire, billionaire oligarchs. At some point don't you think you have enough? How many pairs of shoes can you have? How many cars can you have? The problem with this is, in addition to further illustrating who Obama is, who's going to decide what's enough? Well, Obama wants to be the guy to decide. This is a telltale admission of exactly what his agenda is, folks. 'I mean, at a certain point you've made enough money. We're not trying to push financial reform because we begrudge success.' Clearly he does. Who are his targets? Who are his targets? The achievers in life. If you're going to redistribute wealth you have to go to where the wealth is, right? And that's obviously who his enemies are."
Posted by DH at 9:47 AM