Look Who Was Homeschooled 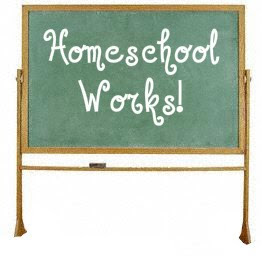 For that next conversation over homeschooling you get into, here's a few names you can drop in as suasive seasoning.

1. Agatha Christie. Agatha was a painfully shy girl, so her mom homeschooled her even though her two older siblings attended private school.

2. Pearl S. Buck was born in West Virginia, but her family moved to China when she was just three months old. She was homeschooled by a Confucian scholar and learned English as a second language from her mom.

3. Alexander Graham Bell was homeschooled by his mother until he was about 10. It was at this point that she started to go deaf and didn’t feel she could properly educate him any more. Her deafness inspired Bell to study acoustics and sound later in life.

4. If Thomas Edison was around today, he would probably be diagnosed with ADD – he left public school after only three months because his mind wouldn’t stop wandering. His mom homeschooled him after that, and he credited her with the success of his education: “My mother was the making of me. She was so true, so sure of me; and I felt I had something to live for, someone I must not disappoint.”

5. Ansel Adams was homeschooled at the age of 12 after his “wild laughter and undisguised contempt for the inept ramblings of his teachers” disrupted the classroom. His father took on his education from that point forward.

6. Robert Frost hated school so much he would get physically ill at the thought of going. He was homeschooled until his high school years.

7. Woodrow Wilson studied under his dad, one of the founders of the Southern Presbyterian Church in the United States (PCUS). He didn’t learn to read until he was about 12. He took a few classes at a school in Augusta, Georgia, to supplement his father’s teachings, and ended up spending a year at Davidson College before transferring to Princeton.

9. Laura Ingalls Wilder was homeschooled until her parents finally settled in De Smet in what was then Dakota Territory. She started teaching school herself when she was only 15 years old.

10. Louisa May Alcott studied mostly with her dad, but had a few lessons from family friends Henry David Thoreau, Ralph Waldo Emerson and Nathaniel Hawthorne. Can you imagine?