Why Will No One Inform Couples About the Health Risks of IVF? 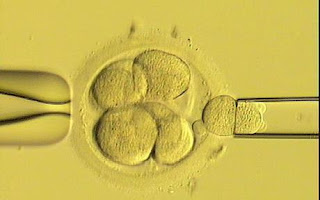 How much do you know about what's really involved in in vitro fertilization? The science, the morality, the implications and even the health risks that IVF poses for women?

I post below a few of the Vital Signs Blog posts which deal with these extremely important (but generally overlooked) issues but I suggest you start your reading with this brief article just posted over at the Americans United for Life website. It is written Mailee R. Smith, an AUL Staff Counsel and it she describes two very alarming realities: 1) IVF carries serious health risks to the woman undergoing the process, and 2) No one is even bothering to inform them of these risks!

The study involved over 20,000 pregnancies between 1989 and 2006—a massive study. After adjusting for all relative factors—such as age, smoking habits, alcohol and coffee intake, and others—it was revealed that women who conceived using IVF or ICSI had a significant four-fold increased risk of stillbirth.

Importantly, the researchers found that this increased risk is not likely due to the underlying infertility issues that drove women to IVF in the first place; rather it is likely due to other factors, such as the technology involved in IVF.

This stunning conclusion begs the question: Do women undergoing IVF know of such risks?

In general, the answer is no. Only one state—Pennsylvania—has meaningful regulation of the IVF industry. And no state requires that women give fully informed consent before undergoing the process...

As I mentioned earlier, here's a few of the previous Vital Signs Blog posts dealing with IVF:

Behind the Scenes in "The Billion-Dollar World of Baby-Making"

Uncomfortable Truths About In Vitro Fertilization

Culling Embryos to Get a Perfect Baby

Does the Pro-Life Movement Care About In Vitro Fertilization?