Where Is the Jewish Dissent of Obama's Dangerous Policies Towards Israel? 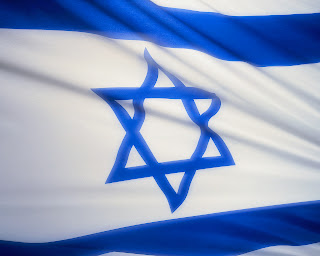 Ed Koch, veteran Democrat, former Mayor of New York City and an enthusiastic supporter of Barack Hussein Obama, is suddenly not amused with the President.

In portraying Israel as the cause of the lack of progress in the peace process, President Obama ignores the numerous offers and concessions that Israel has made over the years for the sake of peace, and the Palestinians' repeated rejections of those offers. Not only have Israel's peace proposals, which include ceding virtually the entire West Bank and parts of Jerusalem to the Palestinians, been rejected, but each Israeli concession has been met with even greater demands, no reciprocity, and frequently horrific violence directed at Israeli civilians.

Thus, Prime Minister Netanyahu's agreement to suspend construction on the West Bank - a move heralded by Secretary of State Clinton as unprecedented by an Israeli government - has now led to a demand that Israel also halt all construction in East Jerusalem, which is part of Israel's capital. Meanwhile, Palestinians are upping the ante, with violent protests in Jerusalem and elsewhere. And the Obama administration's request that our Arab allies make some conciliatory gesture towards Israel has fallen on deaf ears...

President George W. Bush made it a point of protecting Israel at the United Nations and the Security Council wielding the U.S. veto against the unfair actions and sanctions that Arab countries sought to impose to cripple and, if possible, destroy, the one Jewish nation in the world. Now, in my opinion, based on the actions and statements by President Obama and members of his administration, there is grave doubt among supporters of Israel that President Obama can be counted on to do what presidents before him did - protect our ally, Israel.

The Arabs can lose countless wars and still come back because of their numbers. If Israel were to lose one, it would cease to exist... Supporters of Israel who gave their votes to candidate Obama - 78 percent of the Jewish community did - believing he would provide the same support as John McCain, this is the time to speak out and tell the President of your disappointment in him. It seems to me particularly appropriate to do so on the eve of the Passover. It is one thing to disagree with certain policies of the Israeli government. It is quite another to treat Israel and its prime minister as pariahs, which only emboldens Israel's enemies and makes the prospect of peace even more remote.