The Myth of the Pro-Life Democrat Finally Dies 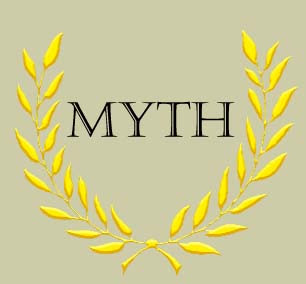 Democrats for Life of America was once a respected organization among pro-life advocates. However, because of a developing tradition of compromise with the abortion zealotry exhibited by Democrat party leaders, the organization has, for some time, been considered suspect, even irrelevant, by most in the pro-life movement.

But now, because of its shameless praise of Bart Stupak's cave-in and of the abortion-laden health care reform bill, Democrats for Life of America has disgustingly branded itself as a "Democrat first" advocacy group who is happily willing to put its pro-life convictions as a distant (way distant) second priority.

Phyllis Schlafly, president and founder of the conservative grassroots public policy organization Eagle Forum, made the following remarks after the public announcement that formerly pro-life Democrat Bart Stupak (D-MI) will cast a "yes" vote for the Senate health care bill today in the House:

"It is naive for any elected official, especially one who describes himself as 'pro-life,' to expect that a promise to issue an Executive Order that reasserts the intentions of the Hyde Amendment will be fulfilled by the most pro-abortion president to ever sit in the White House. Perhaps Mr. Stupak and his fellow pro-life Democrats forget that President Obama's first Executive Order was the repeal of the Mexico City Policy to allow for international funding of abortion."

"Not only would an Executive Order be rendered meaningless in the face of Congress passing legislation which actively provides for the massive expansion and funding of abortion services, but anyone who doubts the abortion tsunami which awaits this bill becoming law lives in a fantasy world."

"Barack Obama has lined every existing federal agency with the most dedicated pro-abortion ideologues, and we know that he will continue this pattern of pro-abortion appointments when it comes time for him to fill the over-100 bureaucracies created to administer his socialized health care program."

"Any formerly pro-life Democrat who casts a 'Yes' vote for this Senate health care bill tonight will be forever remembered as being among the deciding votes which facilitated the largest expansion of abortion services since Roe v. Wade."

"Mr. Stupak and his Democrat followers have now clarified that you cannot be pro-life and be a Democrat. If abortion was truly their biggest issue, they wouldn't willfully align themselves with the Party of Death."

"This vote will expose the myth of the 'pro-life Democrat.' With this single vote, the Democratic Party will divide our nation into the Party of Death and the Party of Life, and future elections will never be the same."