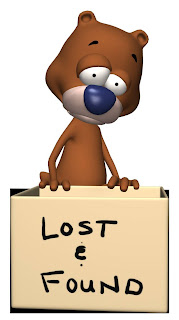 By the middle of last week, I was pretty sure how the vote would go. There were just too many Democrats in Congress who lack principles strong enough to resist the promises, pork and portentous threats that were coming down from Mount Obama.

Bart Stupak is just one example. I posted here on Vital Signs Blog a warning last week to pro-lifers who were depending on him. For he openly admitted he wanted ObamaCare all along. Indeed, he explained that the best case scenario for him was that the President's bill would somehow pass -- but without his [Stupak's] conscience being injured in the process.

It turned out, of course, that Congressman Stupak's pro-life conscience took a convenient leave of absence (if it ever existed at all) because he voted for a monstrous bill that was unequivocally opposed by the Catholic Bishops, National Right to Life, the Susan B. Anthony List, and every other pro-life group in the nation.

Furthermore, Bart Stupak isn't so stupid as to believe that Barack Obama's Executive Order meant anything whatsoever. Had it done so, the pro-abortion zealots wouldn't have voted for the bill. No, Stupak ended up doing what he wanted to do all along.

So what to do? Call Bart Stupak and cuss him out for playing pro-lifers for suckers? Send him angry notes decrying his hypocrisy and love of the spotlight? Ring his doorbell and run?

No, a much better response is to do something that gets Bart Stupak out of office where his whining and dissembling can't hurt the country any more. Let's just retire him. And we can do that by helping the campaign of Dr. Dan Benishek who is running against Stupak for U.S. Congress in Michigan’s 1st District.

I've already joined Dan Benishek's Fan Page over on Facebook and sent him a donation. Apparently, hundreds of others have also done so this morning as an immediate response to Stupak's treachery. C'mon and join in the action.

And, keep in mind, there's a lot of Bart Stupaks in the Democrat Party. And they too need to be replaced with men and women who truly care about life, liberty and the Constitution. And quick.