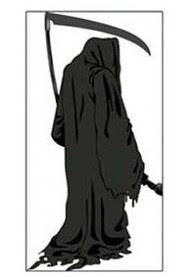 Pro-life activists have tried for years to warn the public that "at-home abortion" kits would become common if Planned Parenthood and other abortion zealots had their way.

We were dismissed out of hand...but it was inevitable.

Given 1) the left's unrestrained enthusiasm for abortion (a passion that time and again has trumped morality, "choice," social cohesion, or women's health) and 2) the increasing shortage of surgical abortionists, it was just a matter of time before there were demands for abortions being performed by non-physicians. That included plans for various chemical concoctions and, yes, abortifacient kits that could be used at home.

The federal government of the United States approved the use of these chemicals to kill preborn babies in 2000 and now Planned Parenthood thugs in Oregon are putting them into use. Expect them in your area very soon.

These "medication-induced abortions" (How's that for a chilling Orwellian term?) will be sold by Planned Parenthood "to provide women with an option for terminating a pregnancy in the comfort and privacy of home."