No, Doctor; Man Is Not A Weed. 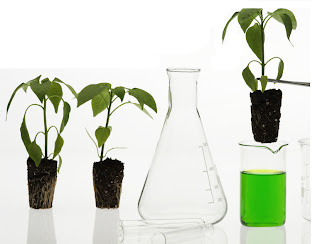 “If we no longer entertain the luxury of a belief in the ‘magic of the soul’, then there is little else to offer in support of the concept of free will. Whereas much is written claiming to provide an explanation for free will, such writings are invariably lacking any hint of molecular details concerning mechanisms. Also, it is often suggested that individuals are free to choose and modify their environment and that, in this respect, they control their destiny. This argument misses the simple but crucial point that any action, as ‘free’ as it may appear, simply reflects the genetics of the organism and the environmental history, right up to some fraction of a microsecond before any action.”

(Biologist Anthony R. Cashmore of the University of Pennsylvania, writing in an address to the National Academy of Sciences and quoted in this post from BioEdge.)

Dr. Cashmore, because he can't find "free will" in a petri dish or capture the soul in a test tube makes the mulish determination that they just don't exist. Very sad...and quite irrational. For though, Dr. Cashmore argues against the mind, against spirituality, and against freedom, he does so only on an irrelevant level. He cannot (and doesn't want to) actually live out those beliefs. He loves, he yearns, he hopes -- he deliberates over what shirt to wear, what to have for breakfast, what toys to give the children he loves.

No, Dr. Cashmore simply cannot live like one of the plants in his science lab. Because for all of his protestations to the contrary, he is a human being. He is created in the image and likeness of God. He has an eternal soul, one that is fully free and capable of responding to the sublime invitation of the gospel -- and one, therefore, that is free and fully responsible for his rejection of that divine invitation.

Dr. Cashmore is a pitiable egotist and a too-common example of the damaging absurdities to which many modern scientists have dedicated themselves. Say a prayer for him -- you are completely free to do so.
Posted by DH at 1:09 PM